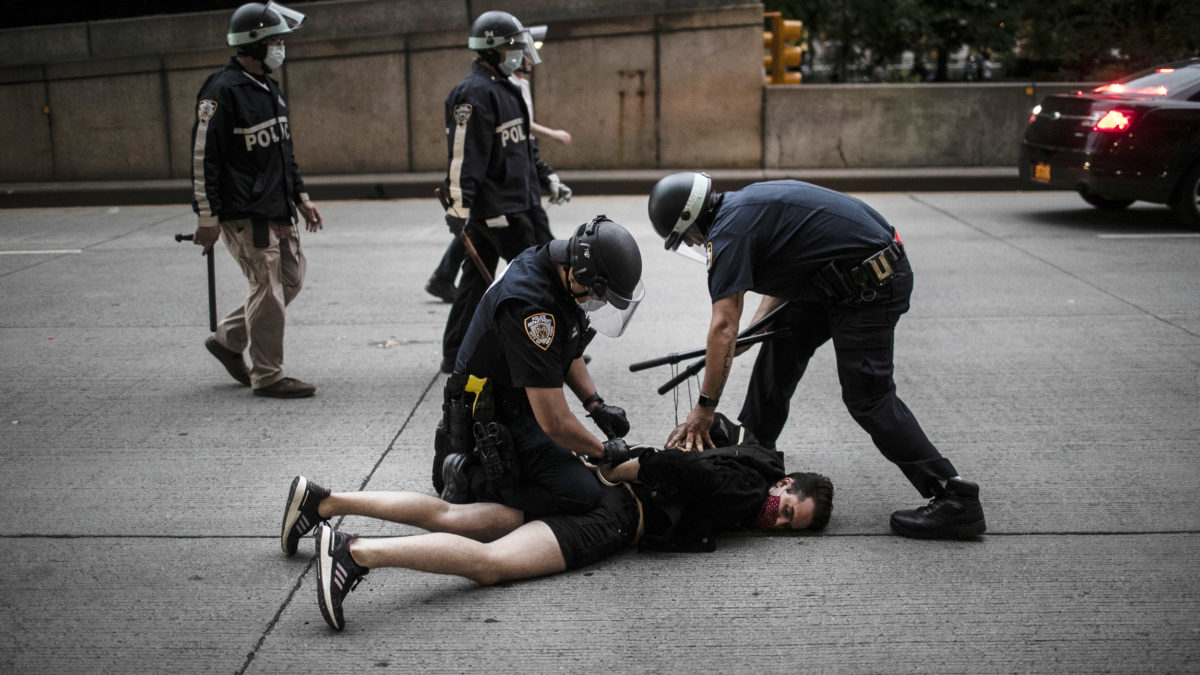 Police take into custody a protester who declined to get off the streets during a curfew that had begun, Tuesday, June 2, 2020, in New York. (AP Photo/Wong Maye-E)

New York police arrested about 200 protesters across the city tonight, and that number is expected to increase, a law enforcement official told CNN.

Most of the protests today have been peaceful, said CNN Correspondent Shimon Prokupecz. People marched through Manhattan, with some storeowners, residents and supporters lining the sides of the streets and cheering on demonstrators.

Though there were some instances of looting tonight, it was nowhere as widespread or chaotic as the looting seen on Monday night, which had targeted stores across Manhattan.

Obama will address police violence in a livestream Wednesday

The coronavirus is still surging in Latin America and the Caribbean, which have surpassed 70,000 deaths