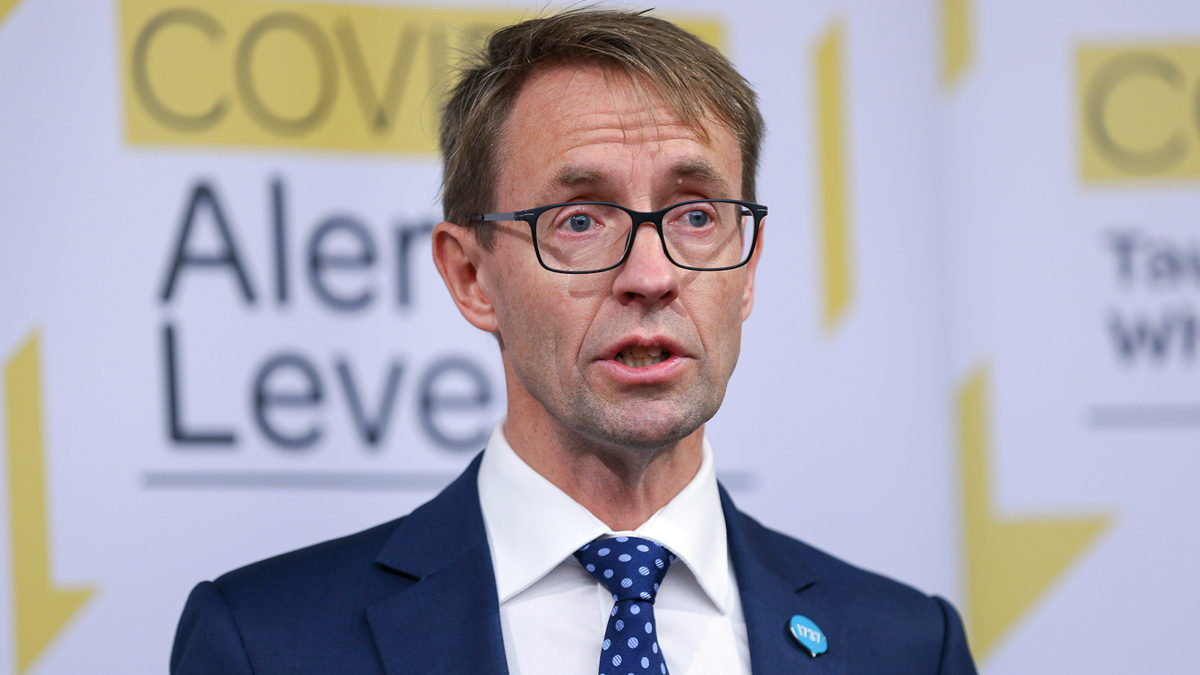 WELLINGTON, NEW ZEALAND - JUNE 18: Director-General of Health Dr Ashley Bloomfield speaks to media during a press conference at the National Library Auditorium on June 18, 2020 in Wellington, New Zealand. The New Zealand government and health ministry have drawn sharp criticism over quarantine measures after new cases of COVID-19 were confirmed on Tuesday, bringing New Zealand's 24 days being COVID-19 free to an end. The new cases are people who had been given a compassionate exemption to leave managed isolation to attend a funeral. (Photo by Hagen Hopkins/Getty Images)

New Zealand Prime Minister Jacinda Ardern said the two new coronavirus cases from two people who traveled to the country from the UK was an “unacceptable failure of the system,” and measures have been taken to ensure it doesn’t happen again.

On Tuesday, New Zealand reported its first coronavirus cases in more than three weeks after two women traveled to the country to visit a dying relative.

They were placed in an isolation hotel in Auckland upon arrival but were permitted to leave it on compassionate grounds.

“This case represents an unacceptable failure of the system. It should never have happened and it cannot be repeated,” Ardern said in a news conference Wednesday.

“From the beginning we have taken an extraordinarily cautious approach at the border. That is why we have required every returning New Zealander to go into a facility that we manage. That protocol remains. That is also why we required not one, but two tests to be undertaken of those in facilities. One at day three and one at day 12. That should have happened in the cases we learned about yesterday. It did not and there are no excuses.”

Ardern has appointed a military official to oversee the country’s quarantine and border operations.

The assistant chief of defence Air Commodore Darryn Webb will “oversee all quarantine and managed isolation facilities including the processes around the exit of those who have been in these facilities,” Ardern said.

In addition, Ardern said they will continue the suspension of compassionate exemptions.

“I know this will be upsetting to some New Zealanders returning home to visit dying relatives and loved ones. However, the risk to our collective efforts to eliminate Covid are simply too great.”

The US reported more than 56,000 new cases today