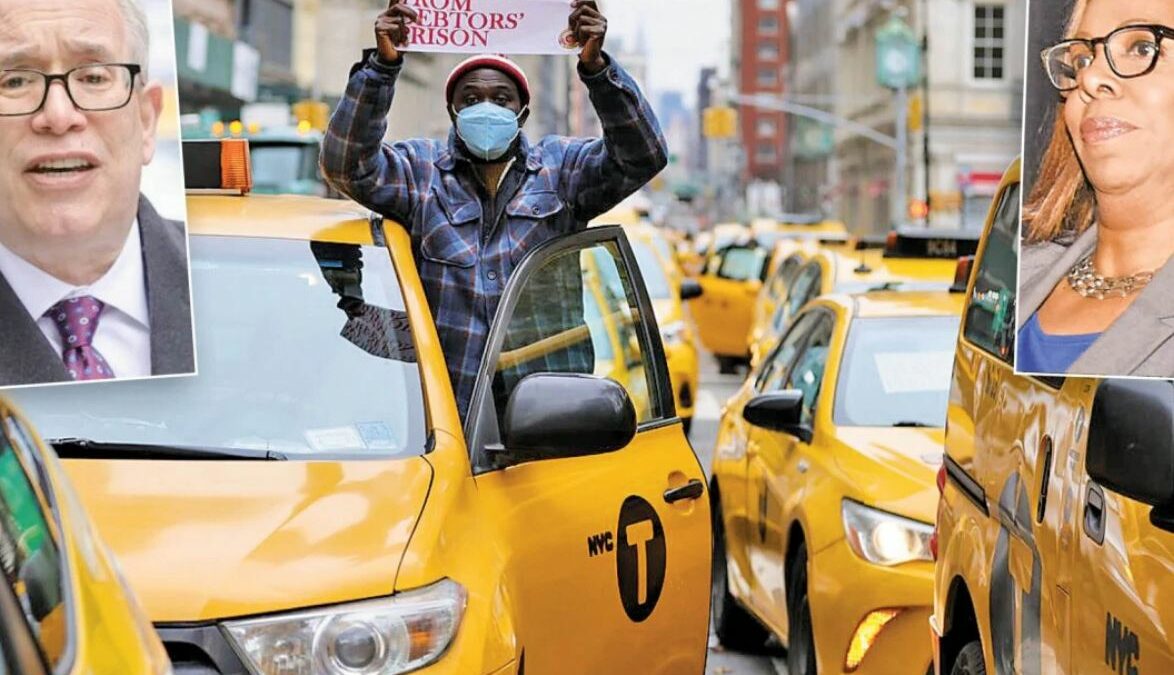 A new plan to bail out New York City’s debt-ridden taxi drivers is getting support from top city and state officials — but critics say the numbers don’t add up, and claim that it threatens to wreck the market that finances yellow cabs for good.

Under a proposal unveiled this month by the New York Taxi Workers Alliance, a group that represents drivers, the city would attempt to reduce the value and debt on taxi medallions — the pricey permits issued by the city that are required to operate cabs — at $125,000. The city would act as a backstop, responsible for all the accounts that might still default.

Introduced by the group’s executive director, Bhairavi Desai, the plan would push cabbies’ monthly payments below $800 over 20 years with an interest rate of 4 percent. That’s well below the payments of $3,000 and $4,000 a month that slammed some cabbies after the medallion market briefly soared above $1 million in 2013.

The radical refinancing — which comes as cabbies face as much as another year before the city returns to normal with the help of a COVID-19 vaccine — has grabbed the eye of a few prominent city officials.

“The Taxi Workers Alliance’s breakthrough proposal offers a responsible and necessary approach to relieve crushing debt for drivers and mitigate costs for taxpayers,” New York City Comptroller and 2021 mayoral candidate Scott Stringer, said in a statement to The Post. “We should embrace this plan and get to work now because we have a fiscal and moral obligation to make this right.”

New York Attorney General Letitia James — who in February filed an $810 million suit against the city, alleging that the artificial inflation of medallion values between 2004 and 2017 amounted to fraud — has likewise gotten behind the new bailout proposal, saying on Nov. 18 she would drop her suit if the city adopted Desai’s plan.

“I believe it is essential that we move forward on this relief package immediately to mitigate the harm already done,” James said.

Industry analysts, however, say the plan — which would slash cabbies’ collective debt to $75 million, down from $500 million in a bailout proposed by city officials just weeks before the pandemic hit in March — ignores a key part of any deal to bail out medallion owners: namely, the private lenders who hold their debt.

The biggest player in that market is Greenwich, Conn.-based Marblegate Asset Management, which owns more than 4,000 medallions and leases, the largest collection ever. Earlier this year, Marblegate picked up 3,000 medallions at an average value thought to be $110,000. The fund has denied the accuracy of that figure, but has declined to elaborate.

“Desai should recognize that there’s a bigger player in this, and that player is Marblegate,” warned medallion owner Sergio Cabrera. “Why would Marblegate, with all the leverage, sign on for this plan when they already paid that? The numbers have to work for everybody.”

Marblegate declined to comment for this article, but it has previously said it is acting in good faith throughout the pandemic, providing $70 million in relief so far to medallion owners unable to make a profit in the pandemic.

“They’ve been twisting an arm here or there but it’s a light twist,” Cabrera said of Marblegate.

Some experts agree that Marblegate’s interests can’t be ignored by the city, even as business remains down more than 80 percent from pre-pandemic levels.

“To just pick a number is absolutely ludicrous,” said Dean Barr, head of consulting at Eagle Alpha and author of a March report on the current state of taxi medallions. “If they move forward and create this so-called windfall by revaluing the medallions, they will destroy this market.”

According to Barr, lowering the value of medallions to $125,000 would severely undervalue them as assets going forward. That, in turn, could scare investors away from the sector and curb access to capital. On top of increased defaults, existing and prospective medallion owners could find it impossible to borrow money in order to buy foreclosed medallions back from the city.

“Who’s going to lend capital for people to purchase medallions? Nobody,” Barr said.

Meanwhile, a third taxi bailout plan, called the Medallion Asset Relief Program, was introduced in May by Bronx City Councilman and Congressman-elect Ritchie Torres. Under the so-called MARP plan, which has the support of 20 councilmembers, the city would work with lenders and other private sector players to re-peg the value of medallions at $250,000.

That valuation, MARP proponents suggest, would provide medallion owners with a chance to build equity in their loans at a valuation that lenders like Marblegate might accept. Monthly payments would amount to around $1,100.

Torres and Marblegate both declined to comment on Desai’s proposal gaining steam. In earlier conversations with The Post, Torres voiced concerns about Desai’s plan and its inability to create a lasting impact for the yellow cab industry. He has publicly mulled getting federal funding for MARP when he gets to Congress in early 2021.