Home > News > World > NYC burials on Hart Island increase; coronavirus victims will soon be among them 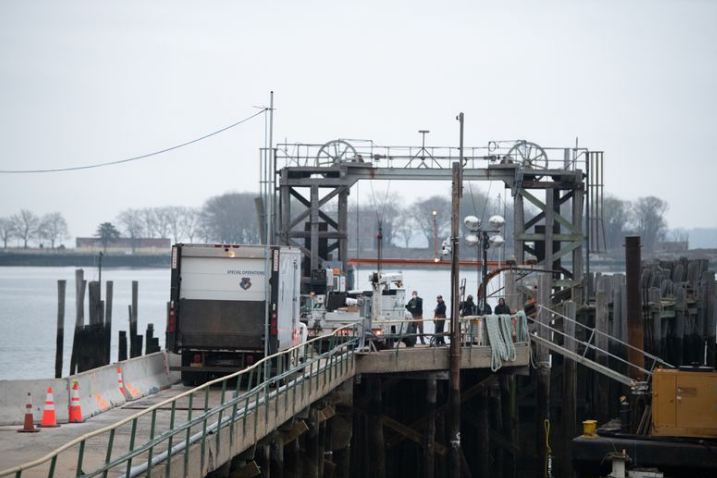 Coronavirus victims will haunt New York’s island of the dead as the city struggles to deal with the pandemic that has taken thousand of lives.

Hart Island, the city’s public cemetery on Long Island Sound, has seen a drastic increase in burials in recent weeks as at least 4,778 New Yorkers have died from coronavirus.

As coffins have stacked up — and as a ferry took a refrigerated truck to the island on Thursday, and workers in hazmat suits kept up their grim work of burying the city’s unknown — city officials wouldn’t attribute the increase in burials in the city’s longtime potter’s field to the coronavirus crisis.

No confirmed COVID-19 victims have been buried at the island as of Thursday, said Freddi Goldstein, a spokeswoman for Mayor de Blasio. But that will soon change.

“We will likely be burying unclaimed COVID decedents there in the coming days, consistent with decades-long practice,” said Goldstein.

De Blasio has for days brushed off questions from reporters about how the city will handle the surge of bodies left in the pandemic’s wake, saying “deep and graphic discussion” on the issue isn’t fair to New Yorkers or families who are grieving.

Before the pandemic, a ferry carrying a truck filled with unclaimed dead left City Island in the Bronx every Thursday and headed to Hart Island for burials.

But since March 30, when New York City’s daily coronavirus death toll first exceeded 250, officials began to run the ferries five days a week and made plans to run them daily, according to the Department of Corrections, which operates the potter’s field.