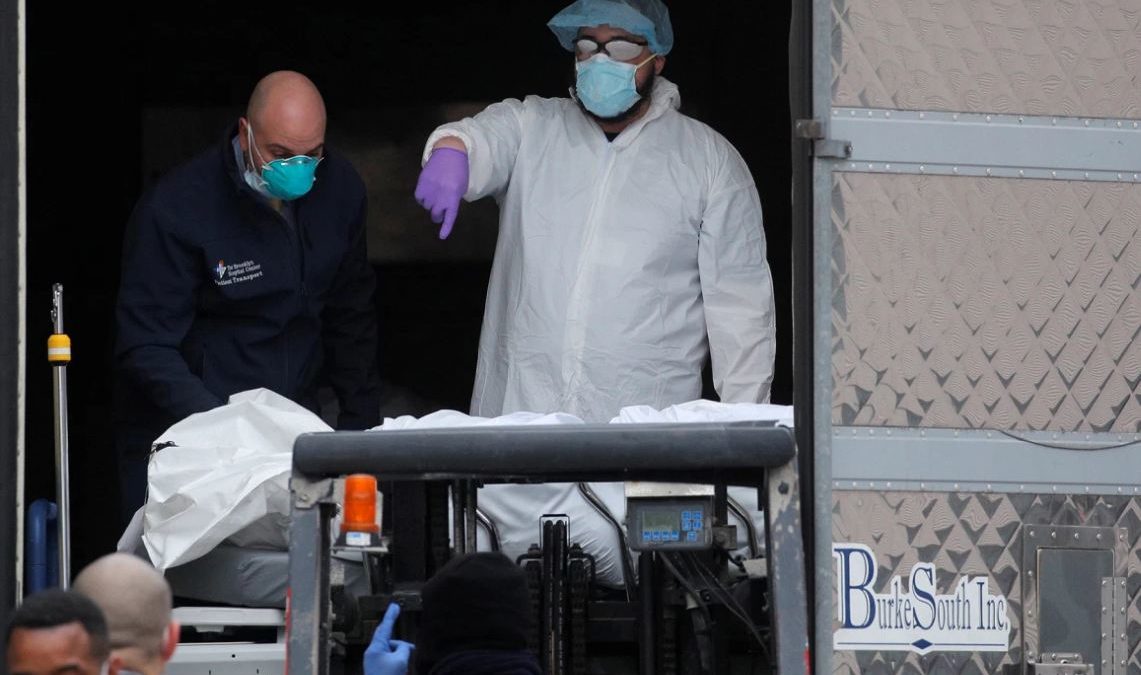 The coronavirus death toll in New York City surged to 914 on Monday afternoon, accelerated by six hellish hours that saw the tally spike by 124 — or one death every 2.9 minutes.

As of a 10:30 a.m. update from City Hall, the five boroughs had seen 36,221 confirmed cases of the contagion, with 790 confirmed fatalities.

Queens remains the hardest hit borough by a sizable margin, with 12,756 cases, or just over a third.

Monday’s horrifying leap followed a similar period on Sunday in which 98 deaths were logged.

During a press briefing earlier Monday, Gov. Andrew Cuomo reported that the Empire State as a whole had been hit by 66,497 diagnoses, with 1,218 deaths.