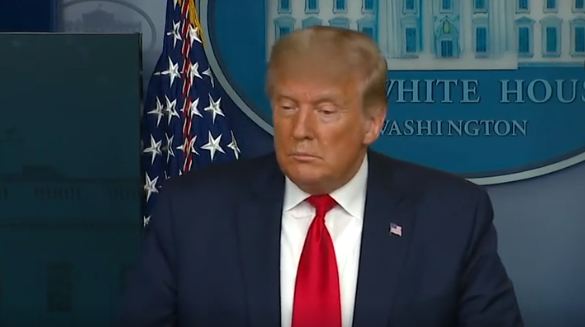 A reporter for The New York Times was kicked out of a rally for President Donald Trump in Freeland, Michigan, on Thursday after noting on social media that many of the president’s supporters were not wearing masks or keeping their distance despite the COVID-19 pandemic.

Kathy Gray, a correspondent for the Times, was on site for the airport rally attended by about 5,000 people. Just before Trump’s arrival, the reporter noted it seemed as if only about 10% of those gathered were wearing masks, saying people were “crammed in” as Air Force One landed.The White House did not immediately reply to HuffPost’s request for comment on Gray’s removal.

Trump has been under fire this week for his actions during the early days of the coronavirus pandemic after details from journalist Bob Woodward’s forthcoming book, “Rage,” were revealed. In the book, he says that the president knew about the dangers of COVID-19 in early February but publicly moved to, as he said in a taped interview, “play it down … because I don’t want to cause a panic.”

Trump has spent months urging the country to get back to normal despite high rates of infection in some states. More than 190,000 people in the U.S. have now died of COVID-19.

The crowd at the event mirrored the one that gathered Aug. 27 for Trump’s acceptance speech at the end of the Republican National Convention. About 1,500 people had gathered on the White House lawn, and most were seen crowded together while not wearing face masks.

Michigan Gov. Gretchen Whitmer (D) said earlier this week that the prospect of a “maskless” rally in Michigan was “distressing to say the least.”