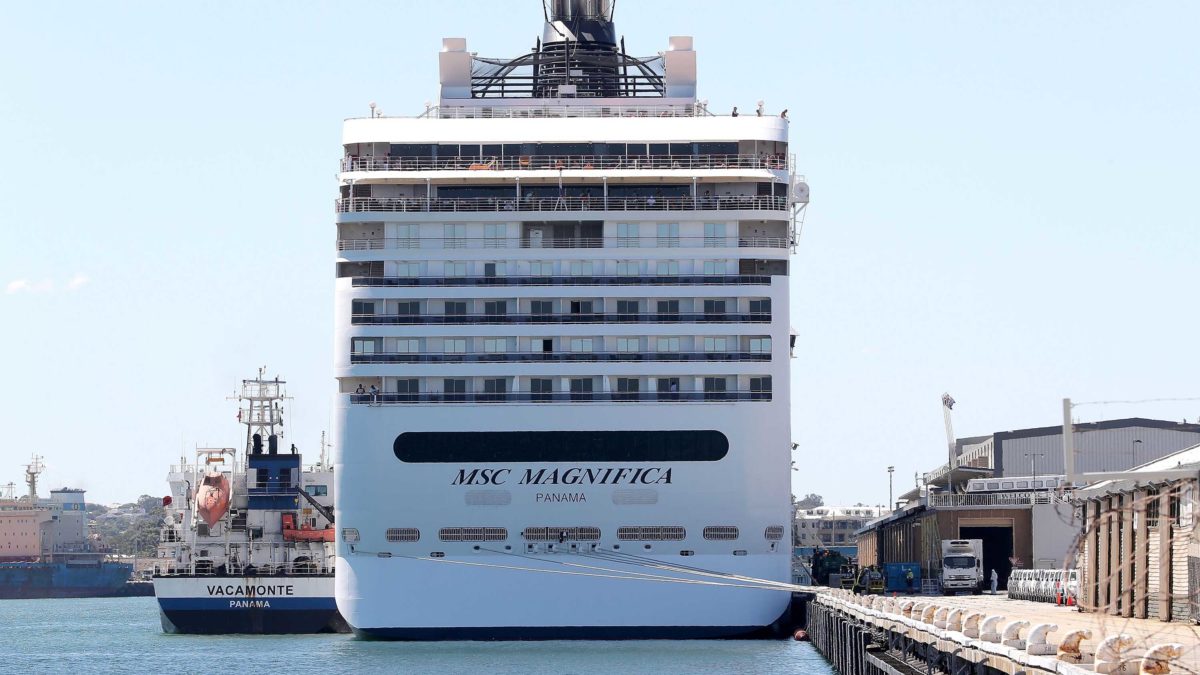 Mandatory Credit: Photo by RICHARD WAINWRIGHT/EPA-EFE/Shutterstock (10592032n) The MSC Magnifica cruise ship is docked in Fremantle harbour in Fremantle, Australia, 24 March 2020. According to media reports, at least 250 passengers aboard the ship are suffering from upper respiratory illness, but authorities aboard the ship deny that any passengers or crew have any flu-like symptoms. This ship will refuel before departing for Dubai at 6pm. Western Australia has 140 cases of COVID-19, including two people who are in a critical condition. Cruise ship stops for fuel in Western Australia, passengers stay onboard due to coronavirus concerns, Fremantle - 24 Mar 2020
Coronavirus, News, World

One of the last cruise ships still at sea after the coronavirus outbreak began has docked in Marseille, France, a Marseille Tourism spokesperson tells CNN.

The MSC Magnifica docked Monday morning with 1,769 mostly European passengers on board. All of them are healthy, the spokesperson told CNN, but before disembarking they are being checked by firefighters for temperature and symptoms.

The spokesperson said she knew of another cruise liner, the Costa Deliziosa, still out at sea. That cruise liner is currently off the coast of Barcelona, and is expected to dock in Genoa, Italy, tomorrow, she said.

Some context: The MSC Magnifica left port in Genoa, Italy on January 5th and since has been to several ports, the last one on the 10th of March in Wellington, New Zealand, Anne Kaufmann, spokesperson for MSC Croisieres said.