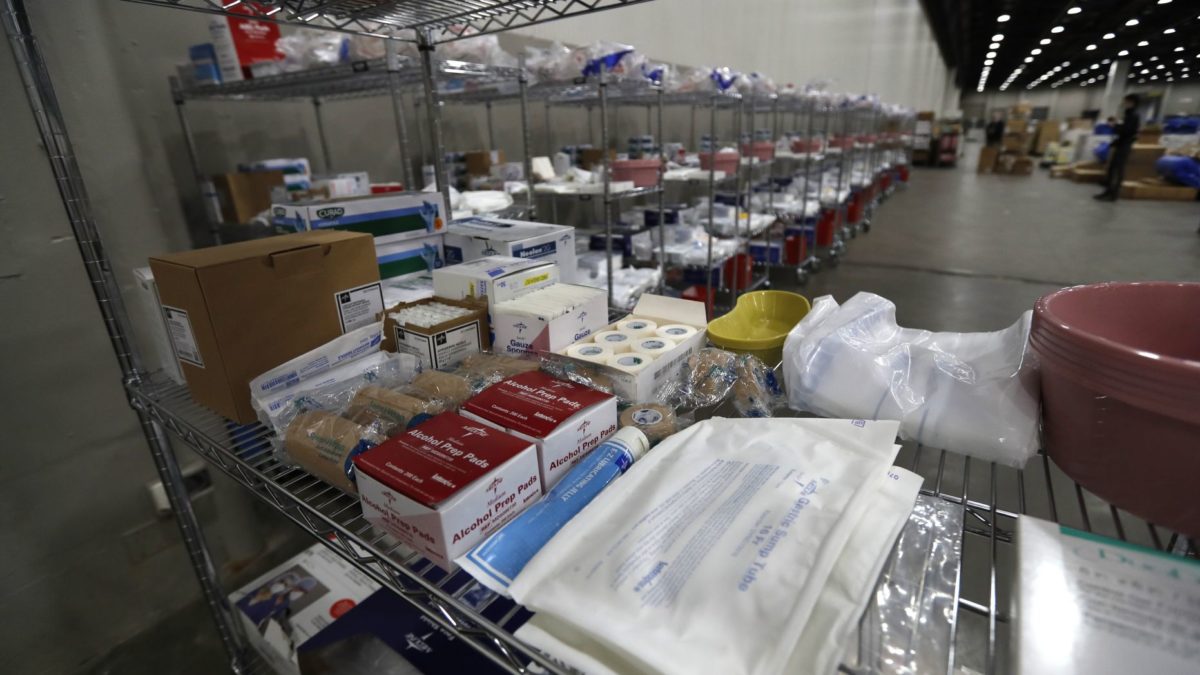 More than 2,200 employees at two major health systems in Michigan have either tested positive for the novel coronavirus or have symptoms, according to multiple reports on Monday.

“If we are to test the whole population, you are going to see large numbers of people who are testing positive,” Munkarah said during a conference call with reporters Monday afternoon. “Testing positive is just a measure of how contagious this virus is.”

US RECORDS OVER 10,000 CORONAVIRUS DEATHS AS INFECTIONS MOUNT 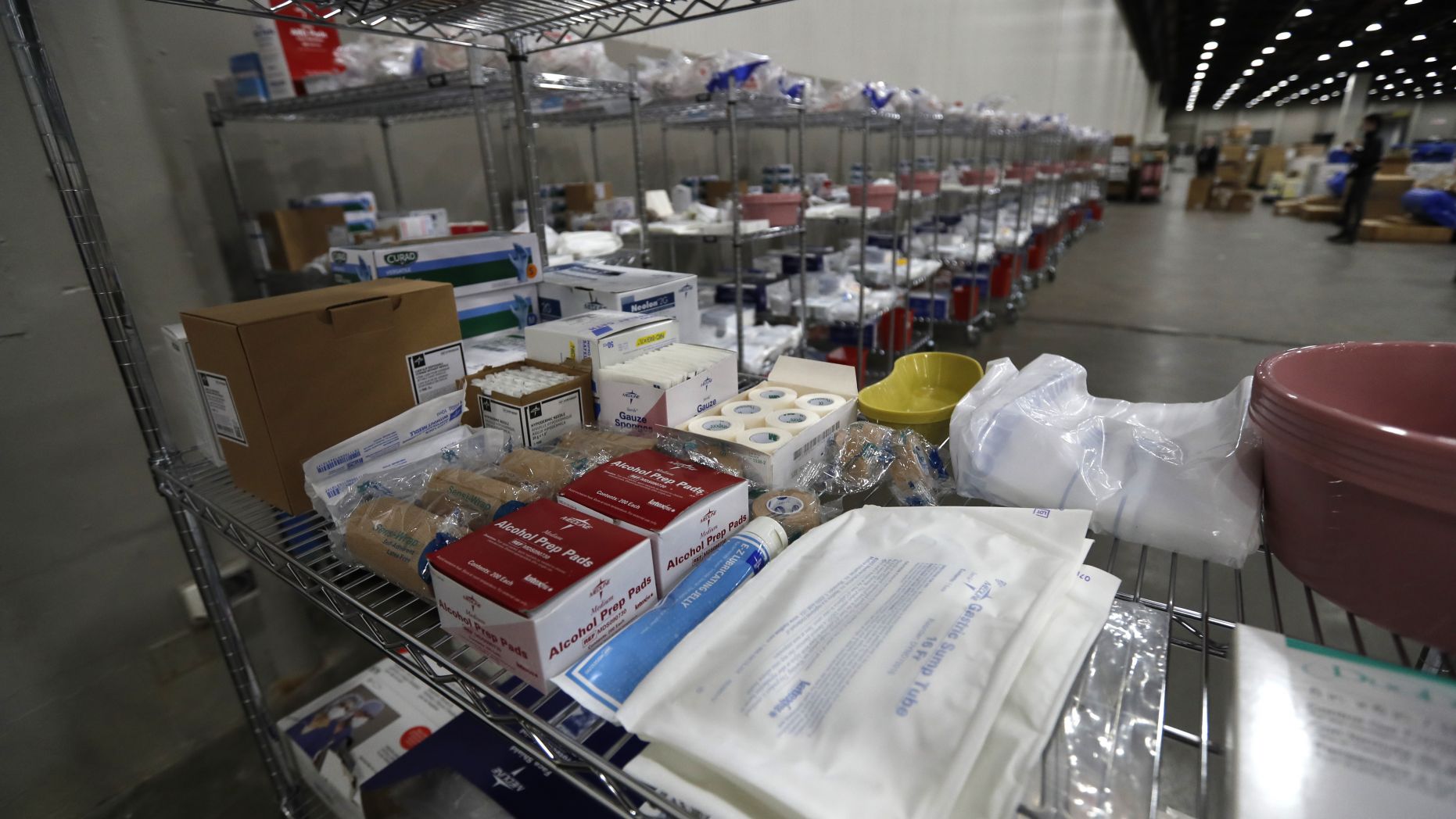 Closeup of a medical supply shelf at the TCF Center, Monday, April 6, 2020, in Detroit. The city’s convention center was converted to accommodate an overflow of patients with the coronavirus. More than 2,200 employees at two major health systems in Michigan have either tested positive for the novel coronavirus or have symptoms, according to multiple reports on Monday.

It’s not clear how many have died or what their roles were within the health system. The magazine reported that more workers likely have the virus, but have not been tested.

“Our team members are our greatest asset and their health and safety is a top priority as we continue to respond to this pandemic,” Munkarah said in a statement.

“If these numbers do not start slowing down, we won’t have the resources to be able to care for them,” he told Bridge Magazine.

The same day, roughly 1,500 workers at Beaumont Health — including 500 nurses — “have symptoms consistent with COVID-19,” spokesman Mark Geary said, according to the news organization.

Beaumont didn’t say how many of the workers tested positive, although the health system — which employs roughly 38,000 people — said it remained concerned over the health of its workers.

Those sick include workers who perform patient care, as well as those in administration and support positions, Geary told Bridge Magazine. Employees were told to stay home for at least seven days until they no longer have symptoms.

It’s not clear how the lack of health care workers will impact patients in the system — as hospitals around the U.S. are already strained due to the virus.

“There has been a lot of focus on beds and equipment,” he said, according to the magazine. “We need to focus on staff, too.”

“The most effective tool we have right now as our hospitals are overwhelmed and we don’t have enough PPE is to slow the spread of the virus,” she said, according to Patch.com.

She added that Beaumont and Henry Ford would run out of N95 respirator masks in about three to four days and all area hospitals have about 10 days before they run out of PPE equipment, the news platform reported.

“PPE shortages are currently posing a tremendous challenge to the US healthcare system because of the COVID-19 pandemic,” the Centers for Disease Control and Prevention said on its website. “Healthcare facilities are having difficulty accessing the needed PPE and are having to identify alternate ways to provide patient care.”

Michigan has over 18,970 coronavirus cases and more than 845 deaths as of early Wednesday, according to data from Johns Hopkins.

Are coronavirus protests about economy or Trump’s reelection?

Why have 14,000 people volunteered to be infected with coronavirus?