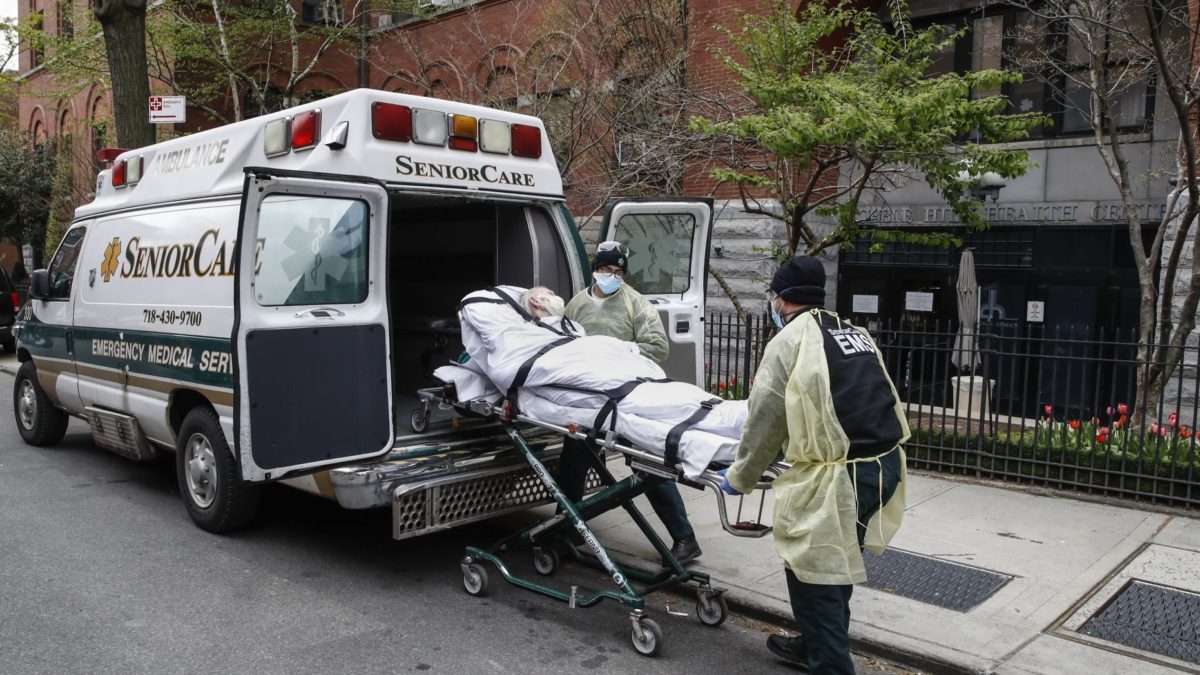 As residents at a nursing home in Kirkland, Washington, began dying in late February from a coronavirus outbreak that would eventually take 43 lives, there was little sign of trouble at the Cobble Hill Health Center, a 360-bed facility in an upscale section of Brooklyn.

Its Facebook page posted a cheerful story encouraging relatives to quiz their aging loved ones about their lives, and photos of smiling third-graders at a nearby school making flower arrangements for residents.

That quickly changed. By the middle of March, the CEO began sending increasingly alarmed emails about banning visitors, screening staff, confining residents, wiping down all surfaces, and having all-hands-on-deck meetings to prepare everyone for the coming coronavirus “freight train.”

“I’ll be darned if I’m not going to do everything in my power to protect them,” Donny Tuchman wrote before things got worse. More than 100 staffers, nearly a third of the workforce, went out sick. Those left began wearing garbage bags because of a shortage of protective gear. Not a single resident has been able to get tested for the virus to this day.

Now listed with 55 deaths it can only assume were caused by COVID-19, among the most of any such facility in the country, Cobble Hill Health Center has become yet another glaring example of the nation’s struggle to control the rapid spread of the coronavirus in nursing homes that care for the most frail and vulnerable.

Cobble Hill’s grim toll surpasses not only Kirkland’s but the 49 deaths at a home outside of Richmond, Virginia, 48 dead at a veteran’s home in Holyoke, Mass., and five other homes in outer boroughs of New York City that have at least 40 deaths each.

Out of an Associated Press tally of 8,003 nursing home deaths nationwide, a third of them are in New York state.

AP interviews with friends and relatives who have visited the Cobble Hill Health Center in recent weeks, as well as the home’s own statements, paint a picture of a facility overwhelmed and unequipped to deal with its coronavirus outbreak, with shortages of staff, personal protective equipment and the availability of reliable testing.

“They were under siege,” said Daniel Arbeeny, who brought his ailing 88-year-old father from a hospital to the home in late March. “They were doing the best they could, as far as we could tell at arm’s length, under siege.”

Tuchman told the AP on Sunday that he believes many other homes have more deaths than Cobble Hill but his has been singled out for its honesty. He said it responded to the state’s voluntary survey with cases in which it was “possible” COVID-19 could be a factor, since his home wasn’t able to test any due to the lack of available kits. He also said he reported 50 deaths, not 55, though the state repeated that tally Sunday. 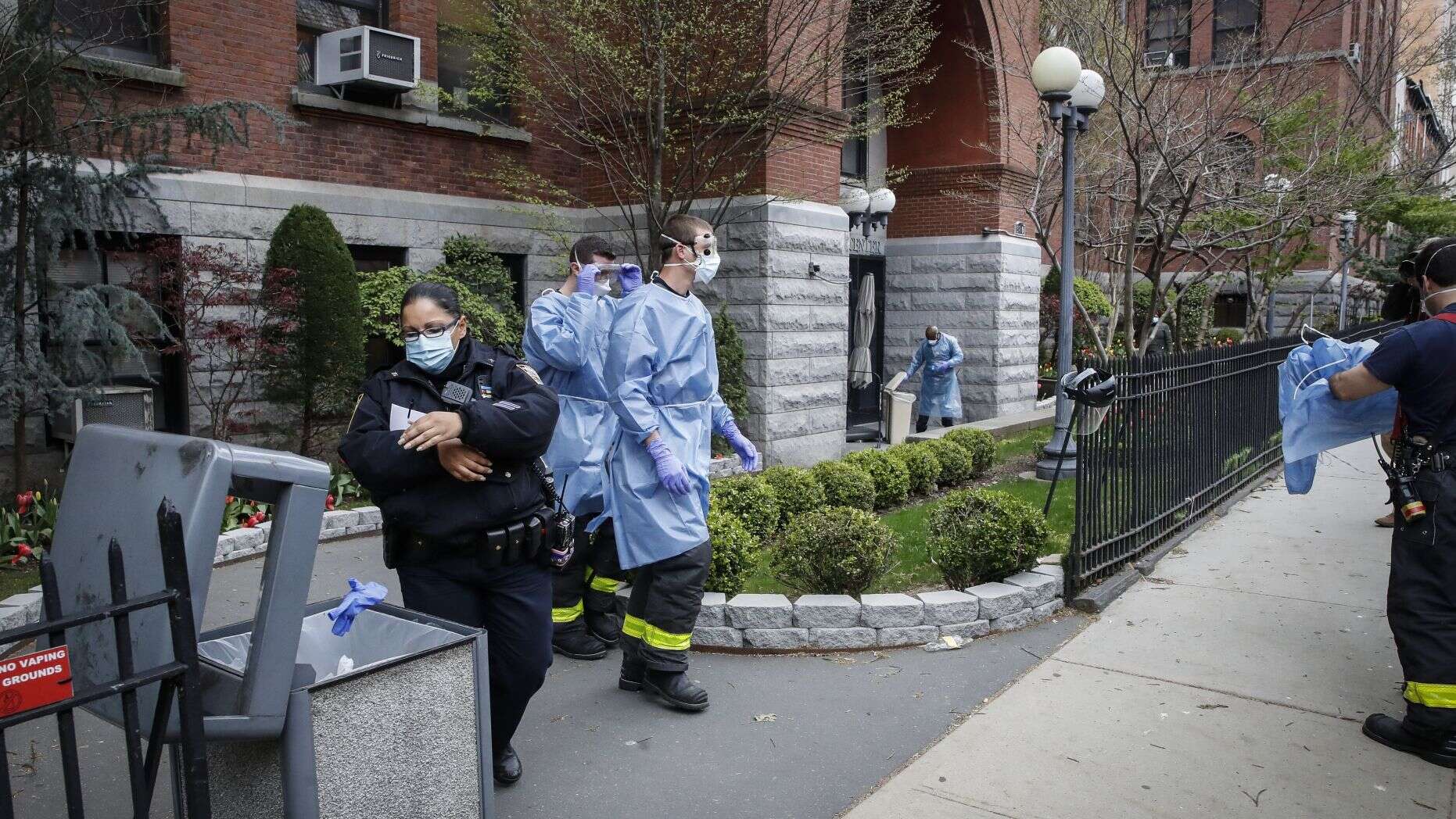 Though Tuchman doesn’t know for sure how the virus got into Cobble Hill, he noted there has been a parade of paramedics and staffers allowed into the building each day who were screened with health questions and temperature checks, not enough to keep out those who are sick but not showing symptoms.

Soon after news broke of Cobble Hill’s death toll, Steven Vince went there to talk to administrators about his recently passed uncle, whose death certificate listed him possibly having COVID. An administrator told him they were confident his uncle did not have the virus.

“It’s very surprising because I don’t think anyone from the facility contacted us to tell us anything like this or basically bring this to our attention in any way,” he said.

Eva Buchmuller, a New York City artist whose best friend has lived in Cobble Hill with Alzheimer’s for three years, said she wasn’t that surprised the virus spread in the nursing home’s cramped quarters, with small rooms tightly packed along narrow corridors and residents not allowed to open windows. She believes it’s highly likely her friend is infected.

“How could you avoid not getting the virus?” she said, adding that it’s not overcrowded but “always, always filled up.”

Built in a stately brick building that once was a 19th-century hospital, Cobble Hill was most recently rated three out of five stars by the federal government for overall quality and the facility has a complaint rate that’s half that of the statewide average for nursing homes.

Its beds are in high demand — it has 98 percent occupancy, according to the state — in a city that has seen closures in nursing homes that developers have eyed for apartments. 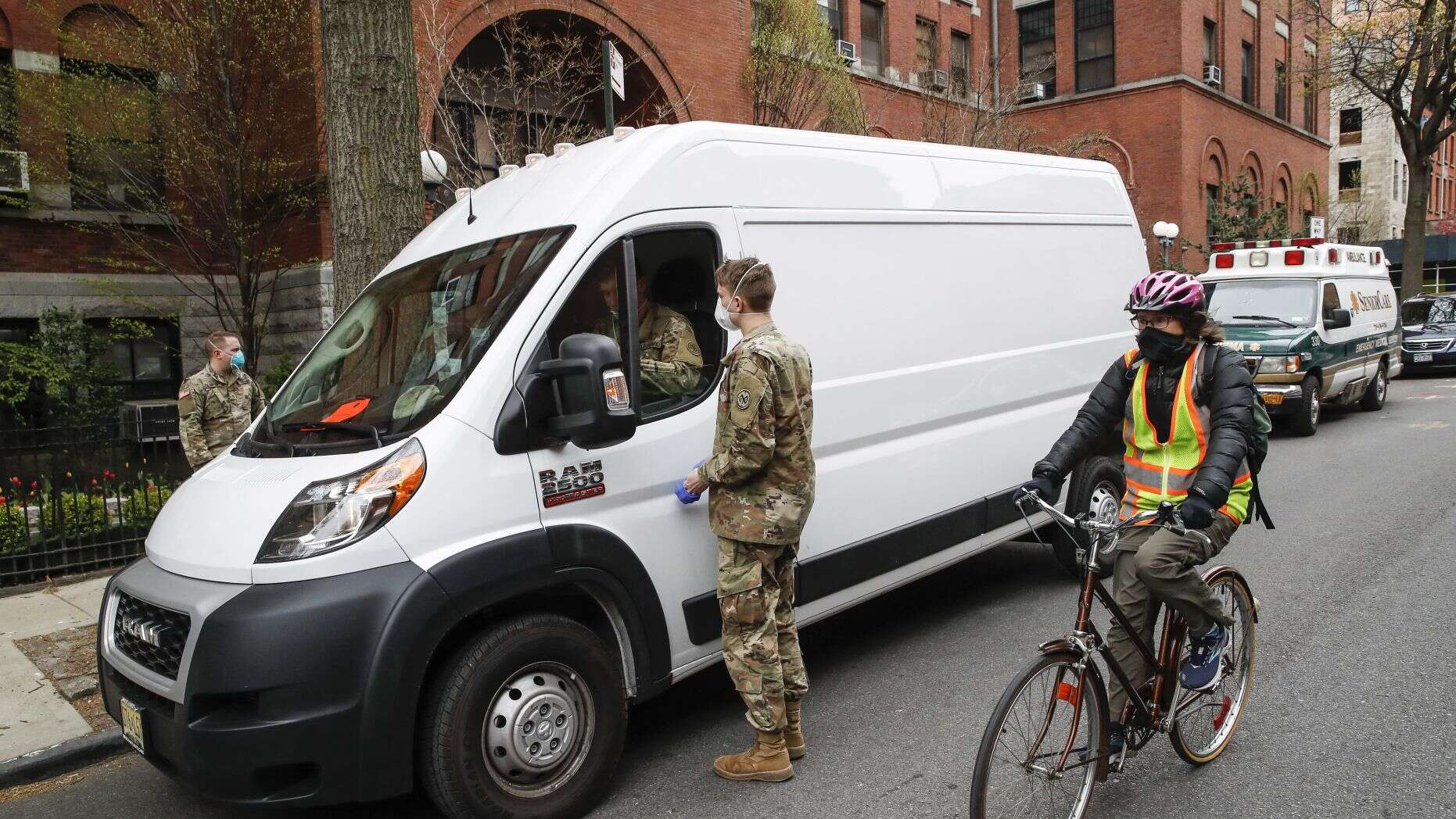 Over the years, it’s shown signs of innovation. It has, at various points, taught massage therapy to nursing assistants, housed a small alternative public high school, brought local artists in to teach residents dance, offered music therapy and was at the forefront of nursing homes setting up Alzheimer’s units and cutting reliance on antipsychotics that can leave residents with dementia.

In early 2018, Cobble Hill boasted on its website that it was hosting a delegation of 18 physicians and hospital administrators from Hubei Province, China — which would become the global epicenter of the coronavirus outbreak — “to see best practices first hand.”

Earlier this month, Daniel Arbeeny and his family decided to move his elderly father — who was not believed to have COVID-19 — from the Cobble Hill facility to the family’s home on a nearby block. After he left, the family helped coordinate a donation of face shields and doesn’t blame the nursing home for the outbreak or its outcome.

"The battle is not won," Italy's Health Minister warns, as Lombardy prepares to ease restrictions

Fauci Reportedly To Warn Senate Of ‘Needless Suffering And Death’ If U.S. Reopens Too Soon The nation’s top infectious disease