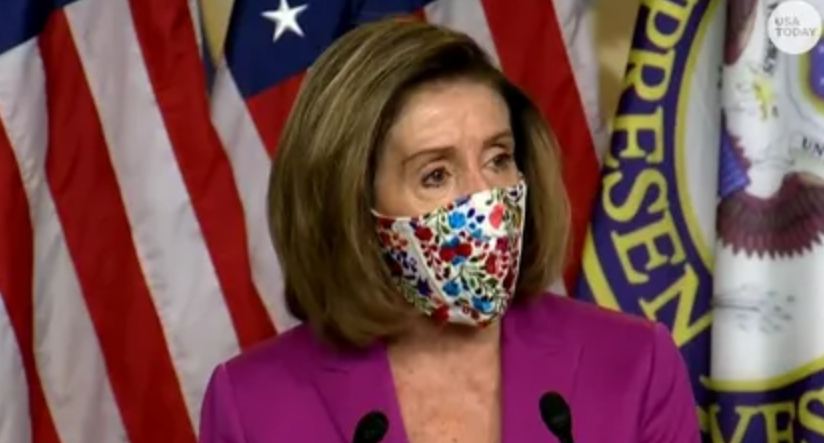 Pelosi outlines Democrats’ path to impeachment vote
House Democrats will move forward with plans to remove President Donald Trump from office this week, starting with a resolution that calls on Vice President Mike Pence to invoke the 25th Amendment.

House Speaker Nancy Pelosi laid out the steps they plan to take in a letter to colleagues on Sunday.

On Monday, Majority Leader Steny Hoyer, D-Md., will request unanimous consent for the “Raskin Resolution,” which calls on Pence to convene the Cabinet and activate the 25th Amendment. If they don’t receive consent – which is almost guaranteed since only a single Republican would have to object – Democrats will vote on the measure on Tuesday.

“We are calling on the Vice President to respond within 24 hours” after the resolution is passed, Pelosi said. If Pence does act before that deadline, House Democrats will introduce articles of impeachment against Trump.

“In protecting our Constitution and our Democracy, we will act with urgency, because this President represents an imminent threat to both,” Pelosi wrote. “As the days go by, the horror of the ongoing assault on our democracy perpetrated by this President is intensified and so is the immediate need for action.”

Pelosi told CBS News’ “60 Minutes” on Sunday that she prefers the 25th Amendment to impeachment.

“Well, I like the 25th Amendment because it gets rid of him. He’s out of office,” she said. “But there’s strong support in the Congress for impeaching the president a second time.”

Impeachment is a lengthier process. First, a simple majority in the House must vote in favor of charges. Then, the Senate must hold a trial to consider the charges. For the president to be removed, two-thirds of its members must vote to convict.

Fauci warns: “We are still knee-deep in the first wave of this”