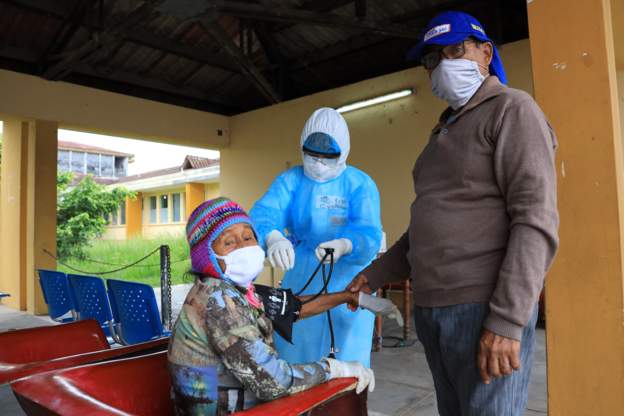 Peru has more than 50,000 confirmed cases of coronavirus, the second-highest number in South America, after Brazil, which is far more populous.

Yet Peru was one of the first countries in the region to implement strict social-distancing rules. It closed its borders after just a handful of cases were discovered.

So how have things got so bad?

The jump in confirmed cases is partly attributable to expanded testing – a reminder that straight-forward country comparisons are flawed as every place has a different approach to the pandemic.

However, there have also been significant outbreaks in food markets, prisons, mining areas and homeless communities.

People from poorer areas say they have felt compelled to break the rules to earn money or get food.

Hot zones for contagion have also been detected among the long queues forming outside banks as people seek government subsidies, according to Reuters news agency.

Peru has high poverty, remote communities with little infrastructure and densely populated areas with poor hygiene facilities. There is a similar picture across the region, so others countries will be looking at the Peruvian numbers with concern.

Parts of New York state could reopen in a week, governor says

Amid Unrest, America Is Unrecognizable to Its Allies

Pro sports are coming back around the world.