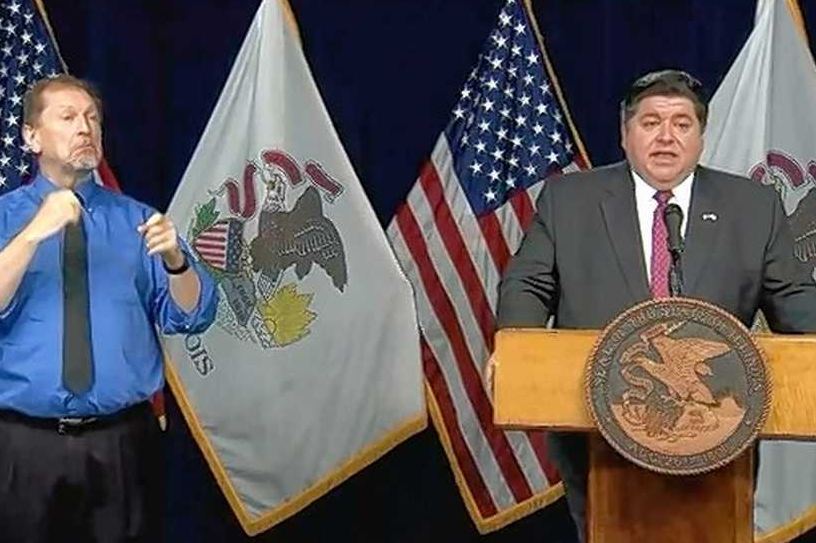 Gov. J.B. Pritzker suggested at his daily coronavirus briefing Tuesday that Illinois’ stay-at-home order will be extended through May.

The governor said the number of cases isn’t expected to peak in the state until mid-May. After the peak, he said, people should continue to practice social distancing and self-isolation for 14 days to drive the infection rate down further. The stay-at-home order is key in keeping the infection rate as low as possible, he added.

“The peak has yet to come,” he said. “We will make some changes to the stay-at-home order as it is, but it’s true that it’s working.”

A decision will likely come this week, he said. He also suggested some parts of the state might reopen sooner than other parts that are more prone to widespread infections.

State health officials on Tuesday announced 119 additional deaths from coronavirus infections and another 1,551 new cases in a 24-hour period.

That brings the state’s death toll to 1,468 since the beginning of the outbreak, which has infected 33,059 Illinois residents.

Among those who have died in the last 24 hours, 88 were from Cook County, eight from DuPage County, five from Lake County, four from McHenry County and three from Will County.

The remaining victims of the virus were from eight downstate counties.

Before the news conference Tuesday, Pritzker gave a wide-ranging interview about the state’s coronavirus response to Robert Costa of The Washington Post. In the televised interview, he assailed the federal government’s response to the pandemic, placing the blame squarely on President Donald Trump.

Trump, a day earlier, attacked Pritzker by name during his daily coronavirus briefing for asking the federal government for more testing assistance.

Trump claimed Pritzker didn’t “understand” the coronavirus testing capacity available in Illinois during the briefing, but the governor fired back Tuesday.

“The truth of the matter is the president doesn’t seem to understand the difference between testing capacity and getting testing results,” Pritzker said. “Capacity is you’ve got enough machines to run tests that will give you hundreds of thousands of results, but what he’s not right about is we don’t have the supplies to run those tests.”

Pritzker has said he hopes the state will see 10,000 test results each day but has averaged just 6,100 the past two weeks.

So far, the state has results for nearly 155,000 tests, slightly more than 1% of the state’s population. About 21% of those tested were positive for the infection, according to state figures.

Coronavirus cases in Italy drop to 98,467 as the spread continues to stabilize