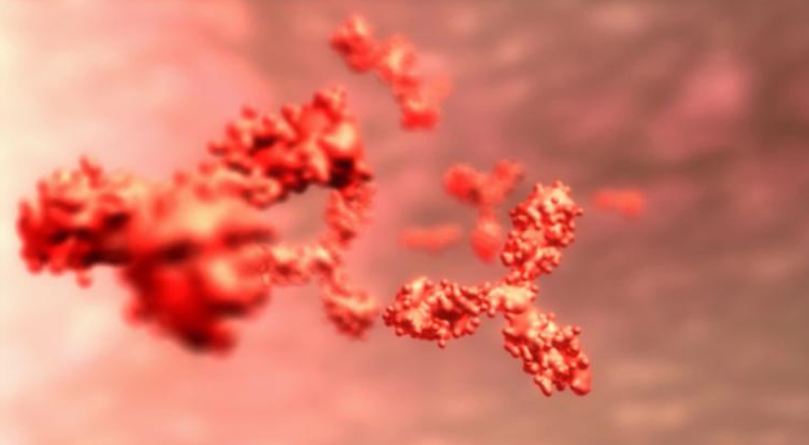 In a phone call last week, some of the nation’s top scientists briefed White House officials about antibody testing, according to two doctors who were on the call.

Much of the news wasn’t very good.
Antibody tests check to see if a person has previously been infected with Covid-19, an indication that they’ve had the virus and now could be immune to it.
What are antibody tests and what do they mean for the coronavirus pandemic?
What are antibody tests and what do they mean for the coronavirus pandemic?
Dr. Deborah Birx, the coordinator of the White House coronavirus task force, has called such tests “critical.”
The test can help determine if someone is immune to coronavirus, “and that’s going to be important when you think about getting people back into the workplace,” according to Dr. Anthony Fauci, a member of the task force.
“The antibody test says you were infected and if you’re feeling well, you’ve very likely recovered,” Fauci said. “As we look forward, as we get to the point of at least considering opening up the country as it were, it’s very important to appreciate and to understand how much that virus has penetrated society.”
Trump administration officials have promised that antibody tests are on their way.
'Such a simple thing to do': Why positioning Covid-19 patients on their stomachs can save lives
‘Such a simple thing to do’: Why positioning Covid-19 patients on their stomachs can save lives
“We have made great progress with the antibody testing, fantastic progress,” Trump said at a media briefing April 5.
Five days later, Vice President Mike Pence said at a media briefing that “very soon we will have an antibody test that Americans will be able to take to determine whether they ever had the coronavirus.”
But on the April 6 phone call, members of the National Academy of Sciences’ Standing Committee on Emerging Infectious Diseases and 21st Century Health Threats told members of the White House Office of Science and Technology Policy there are issues with the availability and reliability of the antibody tests in the United States right now.
“In three words: Work in progress,” said Dr. David Relman, a member of the National Academy of Sciences committee who was on the call.
There are several layers of issues with the antibody tests.
FDA tightens enforcement on Covid-19 antibody tests
FDA tightens enforcement on Covid-19 antibody tests
First, the US Food and Drug Administration relaxed its rules, and now companies can sell antibody tests without submitting validation data that shows they actually work.
The American Public Health Lab Association says that has resulted in “crappy” tests flooding the market.
“It’s like the wild, wild West out there — or wild East,” said association CEO Scott Becker, a reference to the fact that at least half the companies making these tests are in China.
Becker said that in conference call Tuesday that FDA Commissioner Dr. Stephen Hahn said antibody tests would undergo scientific review by the National Cancer Institute.
There has been concern that some of the tests might confuse the coronavirus causing the current pandemic with one of several coronaviruses that cause the common cold.
“Lots of tests confuse the two,” Relman said.
CDC report says people in four key cities are listening to stay at home orders
CDC report says people in four key cities are listening to stay at home orders
The tests would then end up telling people they had antibodies to the pandemic coronavirus when they didn’t, and people might think they’re immune when they’re not.
A few days after the phone call, the NAS scientists wrote a letter to the White House frankly apprising them about the quality of antibody tests.
Results from antibody tests “should be viewed as suspect until rigorous controls are performed and performance characteristics described, as antibody detection methods can vary considerably, and most so far have not described well-standardized controls,” according to the letter.
Second, there are good tests in the midst of the bad ones, but they’re not yet widely and easily available throughout the country.
Third, it’s not entirely clear that having antibodies to Covid-19 means that you truly have immunity and won’t get the disease again.
“That’s the $64 question,” said Dr. Harvey Fineberg, chairman of the NAS committee, who was also on the phone call with the White House. “Does antibody level equate to resistance to getting ill again?”
The White House Office of Science and Technology Policy did not respond to requests from CNN to describe what it learned on the April 6 call or how officials plan to use the information the scientists gave them.
Fineberg said he felt that the White House officials paid close attention on the call.
“That’s the brilliance of Kelvin Droegemeier, to elicit this kind of input and turn to the academics in the first place,” Fineberg said, referring to the director of the White House policy office. “They’re genuinely trying to widen their aperture for advice, and I think so far it’s working.”
“To see this kind of engagement is very heartening,” Relman added. “Does it lead to useful consequences? Does it have an impact? Does the scientific engagement end up informing policy? For that I think we have to hope and wait and see.”
Fineberg added that antibody tests are important on a national scale, to gauge what proportion of the population might be immune, but also on a personal level.
“Everybody wants to know — am I immune? Can I now visit Grandma so that I’m not a threat to her and she’s not a threat to me?” he said. “How do we discern the people who can now safely go out and about? That’s an important personal and social question.”

Here's where all 50 states stand on reopening