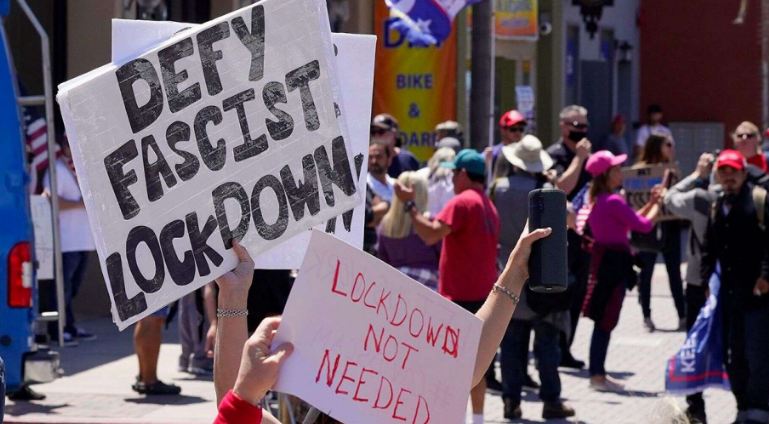 A protest of more than 200 demonstrators broke out in Southern California on Friday against the state’s stay-at-home-orders in reaction to the coronavirus outbreak, according to reports.

The action in Huntington Beach, south of Los Angeles, was similar to others staged this week in Michigan, Ohio and other locations as Americans seek a return to a more normal life after more than a month of mitigation measures intended to slow the spread of the virus, also known as COVID-19.

As in the other locations, demonstrators in Huntington Beach alleged that state-government-imposed restrictions, intended as safeguards, were becoming an infringement on their personal freedoms.

“I don’t think there’s any reason for us to be on lockdown now,” Paula Doyle, 62, of Costa Mesa told the Los Angeles Times. “We didn’t have any dangers. We have no danger in our hospitals now of overflowing.”

Newsom, 52, a former mayor of San Francisco who became governor in January 2019, issued his stay-at-home order March 19, becoming one of the first governors to do so. The move has been credited with helping the nation’s most populous state keep its infection and fatality numbers relatively low considering its population of some 39.5 million people.

The governor said at a news conference that the public’s adherence to his orders had “bent the curve” on the number of infections in the state, suggesting the limits could end in the near future.

“The models have changed because of your behavior,” Newsom said. “This will not be a permanent state.”

But protesters in Huntington Beach – and oceanfront city of about 200,000 residents – expressed frustration with the governor’s limits during Friday’s demonstration.

Coronavirus could kill up to 190,000 in Africa, WHO warns