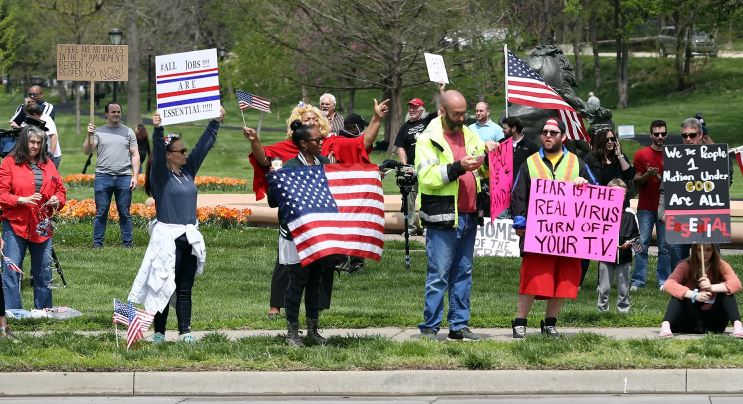 WASHINGTON—Pushing back against what they viewed as tyrannical measures, protesters across the country took to the streets Tuesday to hold demonstrations demanding that states reopen, notice a spike in coronavirus cases, and then infuriate protesters by once again locking down. “We urge these governors to immediately loosen restrictions on large gatherings, witness an influx of cases, and piss us off further by once more putting in place restrictions,” said protester Alison Driscoll, telling reporters that it was her right as an American to participate in the economy, see cases of the disease skyrocket, lose family members, and be forced back inside again. “This country was founded on the ideals of liberty, and that means letting citizens make their own choices until the spread has reached such a level that there’s no choice but to anger us further by taking even more extreme distancing measures.” Driscoll noted that she and her fellow protestors planned to continue this cycle of protesting until things resolved themselves one way or another.