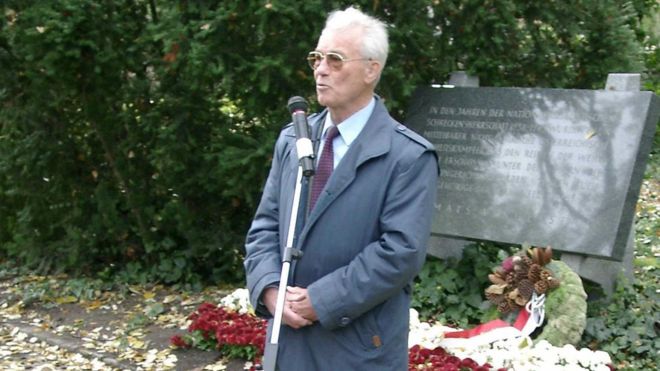 An Austrian who deserted Nazi Germany’s armies and switched to the Allied side in World War Two has died aged 97.

Richard Wadani was drafted into the German army but escaped on his second attempt in 1944, going on to serve in a British-led unit.

After the end of the conflict he campaigned for justice for all those who refused to fight for the Nazis.

“Richard Wadani stood for bravery, moral courage and an unshakable sense of justice,” the statement read.

Nazi Germany annexed Austria in 1938 – the birth place of the regime’s leader, Adolf Hitler. Hundreds of thousands of Austrian men served in German forces during the war.

It was only in 2009 that the country decided to rehabilitate thousands of men who were punished for desertion and seen as traitors.

Justice for the Victims of the Nazi’s Military Judiciary, a group co-founded by Wadani, said it was thanks to his “tireless efforts” that these Austrians had been rehabilitated.

Who was Richard Wadani?
Wadani was born in Prague in 1922. He moved to Vienna in 1938 – his mother’s hometown.

After the German annexation of Austria that year, known as the Anschluss, Wadani was drafted into the Nazi forces. Talking to the BBC in 2014, Wadani said his mother gave him a white handkerchief shortly afterwards.

“She said this regime must go, and she supported me when we spoke about me deserting from the army. She gave me a white cloth, for safety, when I surrendered. I had it with me for years.” 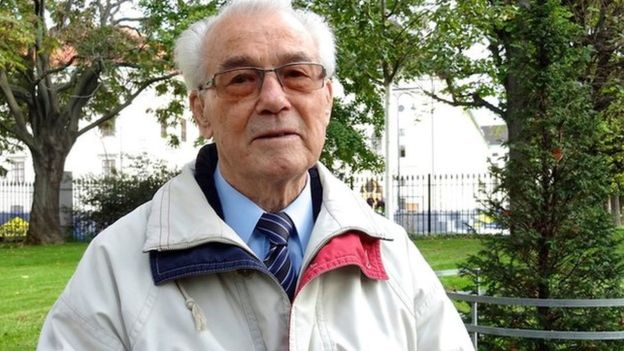 Wadani served as a lorry driver on the Eastern Front following the Nazi invasion of the Soviet Union in 1941.

As he was not on the front lines, he saw “a lot of things that people on the front didn’t necessarily see: genocide, mass murder, terrible situations. And it became obvious that I couldn’t keep on being part of it.”

He tried and failed to desert in 1942 while serving in Russia. Only in 1944 did he manage to escape, crawling through barbed wire in northern France to surrender to Allied forces. He soon after joined the British-organised Czechoslovak Army in exile.

The soldier said he faced discrimination when he returned to Vienna after the war, and says he was turned away from an employment office when he arrived in his British uniform.

In 2002, he helped set up the organisation campaigning for those Austrians who refused to fight or who deserted.

Austria quashed all the remaining convictions of those who had refused to fight in 2009. And in 2014, the country inaugurated its first monument to honour 1,500 Austrians executed for desertion by the Nazi regime. 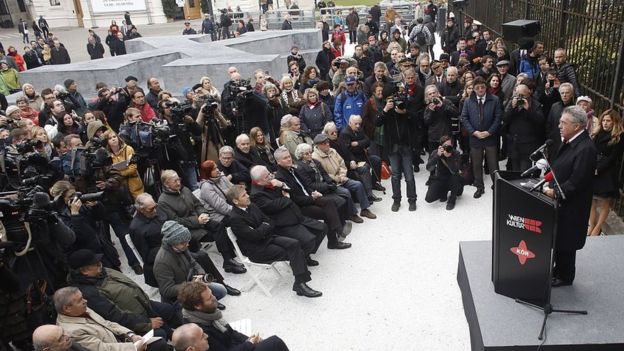 Though the memorial was controversial, when it was unveiled Wadani told the BBC it represented “reparation”.

“We waited many decades for this and now we have it,” he said. “It is a kind of liberation.”

People who work for a living aren’t ever ‘non-essential’