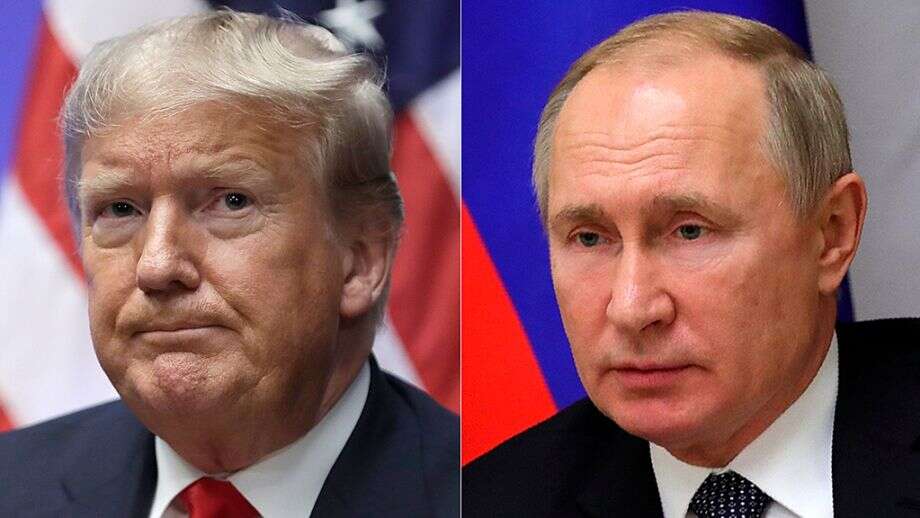 Russia is sending a plane filled with medical equipment to the United States to help fight the coronavirus following a phone conversation between President Trump and Russian President Vladimir Putin on Monday.

The Russian Embassy Tuesday posted on its social media channels that “Russia may send a plane with medical equipment and protection gear to the United States already on Tuesday,” citing the Russian news agency TASS. Reuters later reported that Russian state TV was saying the flight had taken off early Wednesday morning.

This comes after Trump indicated, without much context, that Russia was sending some sort of medical aid in his Monday coronavirus task force briefing.

“And I have to say, we’ve had great relationships with a lot of countries,” Trump said. “China sent us some stuff, which was terrific. Russia sent us a very, very large planeload of things, medical equipment, which was very nice.” 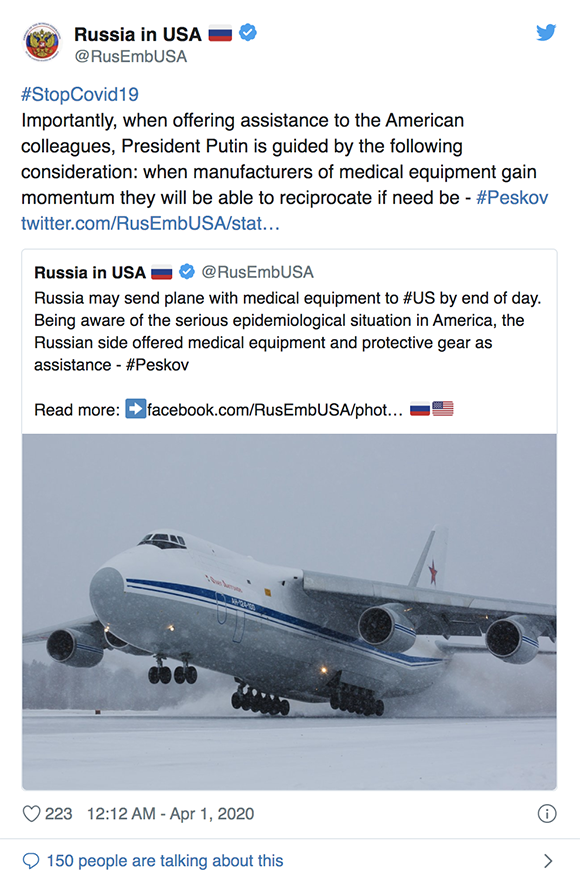 The Russian Embassy’s Twitter account said Tuesday that in sending the aid to the U.S. as it fights to hold down its coronavirus death toll, which the White House has projected is likely to be between 100,000 and 240,000, Russia would hope for help from the United States should the coronavirus pandemic become more severe within its borders later this year.

“Importantly, when offering assistance to the American colleagues, President Putin is guided by the following consideration: when manufacturers of medical equipment gain momentum they will be able to reciprocate if need be,” it said.

A Facebook post by the Russian Embassy said Putin offered the help to Trump during the call.

“Being aware of the serious epidemiological situation in America, the Russian side offered medical equipment and protective gear as assistance,” the post quoted Putin spokesman Dmitry Peskov as saying.

The Russian foreign ministry posted a video of the plane’s contents and its takeoff early Wednesday morning.

A readout of the call between Trump and Putin, which the White House released Monday, did not mention any discussion of Russian medical aid to the United States.

“President Trump and President Putin discussed the latest developments and efforts to combat the coronavirus pandemic,” the readout read. “The two leaders agreed to work closely together through the G20 to drive the international campaign to defeat the virus and reinvigorate the global economy. The leaders also discussed critical bilateral and global issues. President Trump and President Putin agreed on the importance of stability in global energy markets.”

The cooperation between the two countries comes as tensions have been strained between Russia and the U.S. in recent years due to Russia’s expansionist tendencies, menacing toward American allies, election interference and more.

Ecuador to transition from “isolation to social distancing phase”