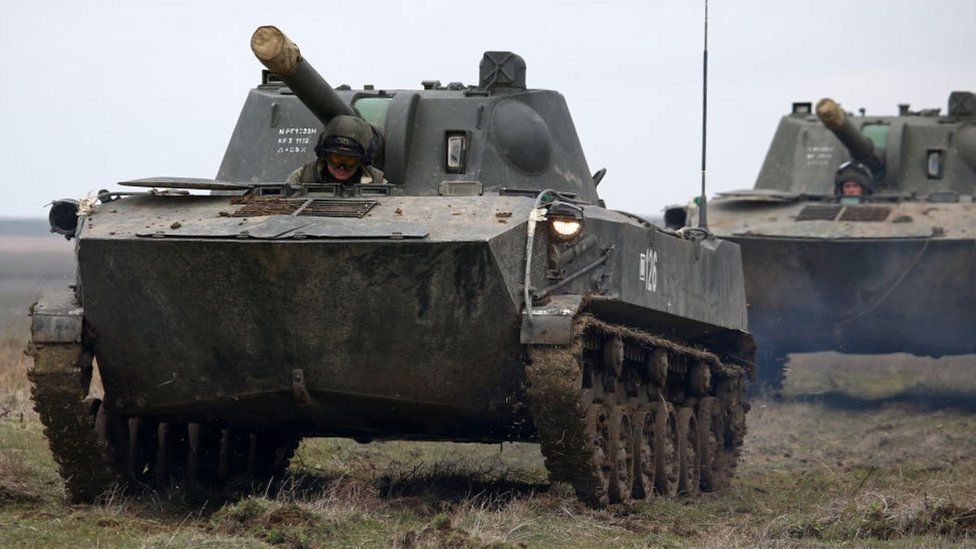 Russia has warned Nato against sending any troops to help Ukraine, amid reports of a large Russian military build-up on its borders.

Kremlin spokesman Dmitry Peskov said Russia would take “additional measures” if Nato were to make such a move.

US forces in Europe are now on higher alert, citing “escalations of Russian aggression” in the area.

A Nato official told Reuters news agency that Russia was undermining efforts to reduce tensions in eastern Ukraine and Nato ambassadors had met on Thursday to discuss the situation.

“Allies share their concerns about Russia’s recent large-scale military activities in and around Ukraine,” the official said.

In a phone call with Mr Zelensky on Friday, US President Joe Biden “affirmed the United States’ unwavering support for Ukraine’s sovereignty and territorial integrity in the face of Russia’s ongoing aggression in the Donbas and Crimea”, the White House said in a statement.

Meanwhile, Mr Peskov accused Ukrainian forces of staging “provocations” on the frontline in eastern Ukraine, where a fragile ceasefire is violated daily.

Ukraine’s Foreign Minister Dmytro Kuleba told the BBC that there had been a build-up of Russian military at the northern border between Ukraine and Russia, along the eastern border and “also in the illegally occupied Crimea”.

“So from three directions we observed a military build-up of the Russian federation,” he said, adding: “Ukraine is not looking for any escalation – we do not need war.”

In the worst flare-up in recent months, four Ukrainian soldiers died in separatist shelling on 26 March near Shuma, a village in the Donetsk region. There have been only low-level incidents since then.

What is the scale of Russian involvement?

The rebels in the Donbas region of eastern Ukraine also rely on Russian help. Western governments say Russia has deployed regular troops there, along with heavy weapons. That is denied by the Kremlin, which says Russian “volunteers” are helping the rebels, who seized a swathe of the Donetsk and Luhansk regions in April 2014. 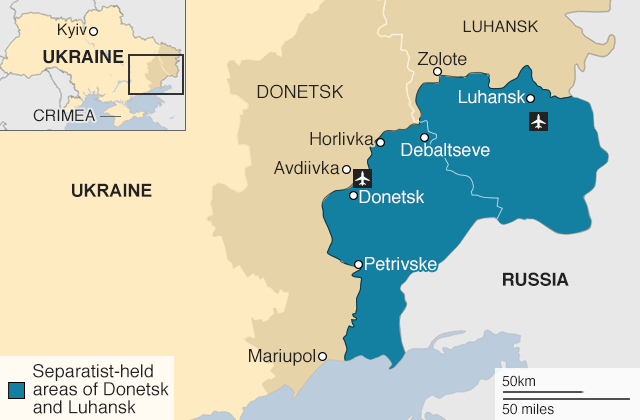 Ukraine’s army commander Gen Ruslan Khomchak says Russia has deployed 28 battalion tactical groups near Ukraine’s eastern border and in Crimea, which would amount to 20,000-25,000 troops. Russian officials have not confirmed that, nor given any precise figures.

According to Gen Khomchak, Russia also has nearly 3,000 officers and military instructors in the rebel units in eastern Ukraine.

“The Russian Federation moves its armed forces within its territory at its discretion,” Kremlin spokesman Mr Peskov said. He added that “it should not worry anyone and does not pose a threat to anyone”.

The Russian military has confirmed that an airborne assault brigade – about 4,000 troops – is being redeployed to Crimea from Volgograd in southern Russia this year.

Since 2014 Russia has considerably beefed up its military presence in Crimea, including its key Sevastopol naval base.