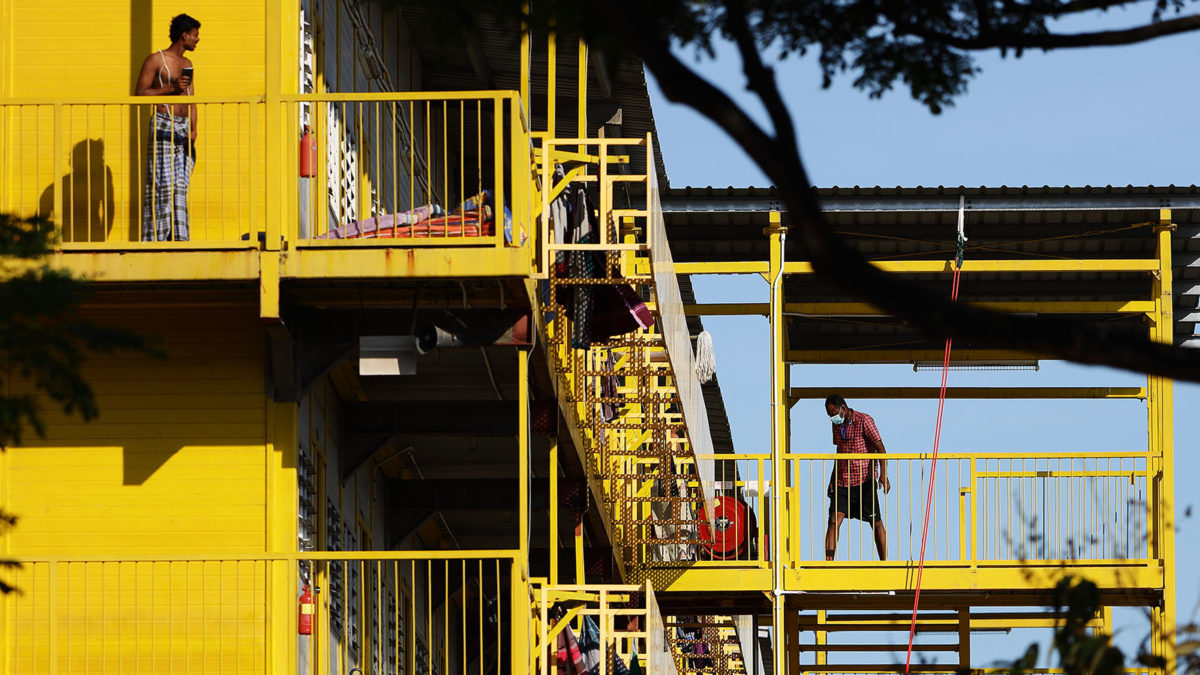 SINGAPORE - APRIL 21: Foreign workers are seen outside their dormitory rooms on April 21, 2020 in Singapore. Singapore is now battling to control a huge outbreak in the coronavirus (COVID-19) local transmission cases among the migrant workers as it recorded a daily high of 1426 new COVID-19 cases on April 20, bringing the country's total to 8014. (Photo by Suhaimi Abdullah/Getty Images)

Singapore confirmed 1,111 new cases of the novel coronavirus today, the vast majority of whom are work permit holders residing in foreign worker dormitories.

Only 20 cases were Singaporean citizens or permanent residents, according to the health ministry.

Less than a month ago, the city-state was being hailed as one of the countries that had got its coronavirus response right. But then the second wave hit, hard.

Since March 17, Singapore’s number of confirmed coronavirus cases grew from 266 to at least 9,125, according to data from Johns Hopkins University.

What went wrong? The answer appears to lie in clusters of cases among migrant workers living in cramped dormitories, and an underestimation of the speed at which those infections could spread through a city where lockdown measures had not been put in place.

Many of these workers are from South Asia, and appear to have been overlooked in the initial wave of testing. Now, multiple dormitories have been quarantined and the government is ramping up testing for all workers.