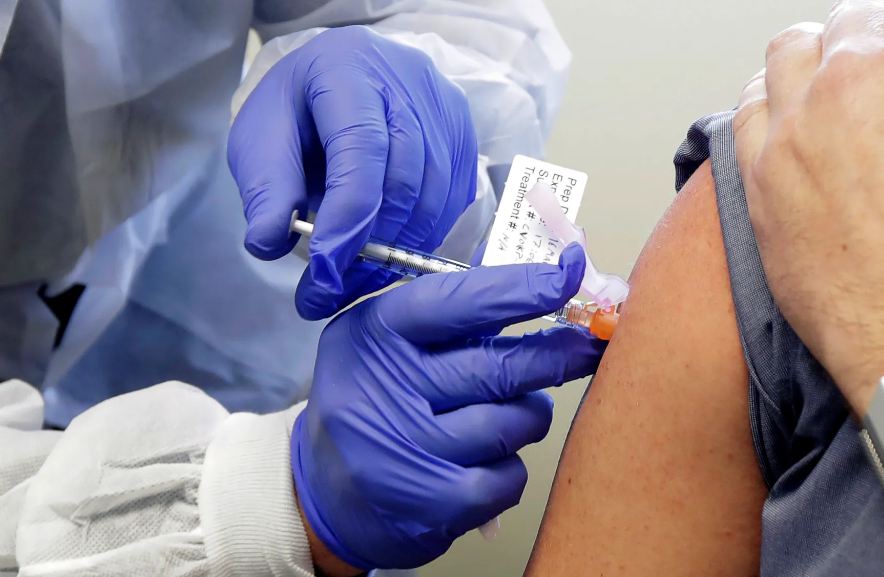 The patient’s shoulder was exposed. A syringe quickly injected the candidate vaccine, mRNA-1273, developed by Moderna and the federal government.

The vaccine, like others, takes aim at the spike protein on the outside of the coronavirus. But the technology is new, employing a genetic messenger that tells a person’s own cells to create the virus’s signature protein, causing their body to recognize and fight the invader.

The approach is innovative and quick – and never has produced an approved product.

Dr. Philip Dormitzer had taken aim at novel viruses before: the 2009 swine flu and the 2013 H7N9 flu. But he’d never had the red carpet rolled out like this.

Whatever he needed to pursue SARS-CoV-2, all he had to do was ask.

“Our CEO Albert Bourla said very early on, do whatever you need to do to succeed at this. If you need a resource just ask for it, and you’ll get it,” said Dormitzer, chief scientific officer for viral vaccine R&D with the pharmaceutical giant Pfizer, Inc.

If he needed to transport samples, suddenly the corporate jet and helicopters were available.

“I’ve always had to justify everything I was doing in the budget,” said Dormitzer, who made the leap into drug companies after a dozen years as an infectious disease pediatrician, mostly at Harvard University. “That’s a level of support I’ve just never quite experienced before. I shouldn’t get used to it.”

He was blown away, he said, at the dedication of the 350 employees who showed up at Pfizer’s Pearl River facility every day, wearing masks, propping doors open so they wouldn’t have to touch handles, and working as fast as they could to get a vaccine ready for human testing.

Like other companies, Pfizer executives weren’t sure at first whether they should pursue a COVID-19 vaccine.

The vaccine industry had learned a lesson from previous near-pandemics like SARS, MERS, Ebola and flu: Many burn out on their own or with public health measures. That’s great for humanity, but not so good for a company that needs to justify its financial investment in a candidate vaccine.

As SARS-CoV-2 spread to the United States, Pfizer executives wrestled with a fundamental question: Could the company financially justify developing a vaccine against it?

The answer came from the daily news. The bar graphs that Bancel had started drawing on napkins only six weeks earlier were soaring.

Unlike SARS or MERS, many people infected with SARS-CoV-2 weren’t sick enough to quickly retreat to bed. They were more likely to pass on the disease.

On April 9, Pfizer signed an agreement to collaborate with the German company BioNTech. Pfizer began testing four of BioNTech’s candidate vaccines, all variations of the same mRNA technology that Moderna was using. The trial included 13 different groups, with 15 volunteers in each. Some got a placebo, others different doses of the potential vaccines.

“We were lucky,” Dormitzer said. The two experimental vaccines most viable to produce at scale also showed good results.

Both looked safe and triggered a better immune response than a natural infection – at least in the measures they tested. But one looked even better in older people.