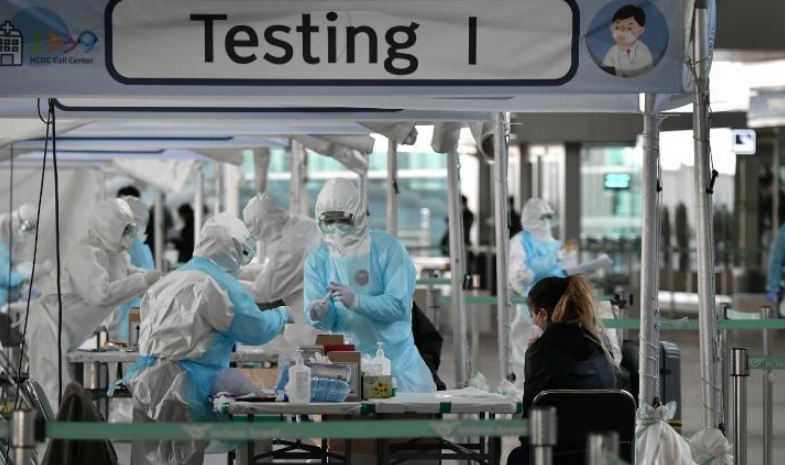 In South Korea, health officials are trying to solve a mystery: why 163 people who recovered from coronavirus have retested positive, according to the Korea Centers for Disease Control and Prevention (KCDC).

The same has been recorded in China, where some coronavirus patients tested positive after seeming to recover, although there are no official figures.
That raises the question: can you get reinfected with coronavirus?
In South Korea, the proportion of cases that retest positive is low — of the 7,829 people who have recovered from coronavirus there, 2.1% retested positive, the KCDC said Friday. It is not clear how many of the people who have recovered have been tested again.
But patients retesting positive is still a concern around the world, including in countries like South Korea where authorities appear to have brought the outbreak under control.

Medical staff wearing protective clothing take test samples for the Covid-19 coronavirus from a foreign passenger at a virus testing booth outside Incheon international airport, west of Seoul, on April 1, 2020.
KCDC deputy director Kwon Joon-wook said that so far, there’s no indication that patients who retest positive are contagious, even though about 44% of them showed mild symptoms.
But he cautioned there is still a lot scientists don’t know about the virus, including the issue of naturally acquired immunity.
“Covid-19 is the most challenging pathogen we may have faced in recent decades,” Kwon said. “It is a very difficult and challenging enemy.”
Finding remnants of the virus?
For now, the most likely explanation of why people are retesting positive seems to be that the test is picking up remnants of the virus.
The KCDC has re-investigated three cases from the same family where patients tested positive after recovering, Kwon says.

n each of these cases, scientists tried to incubate the virus but weren’t able to — that told them there was no live virus present.
Like many countries, South Korea uses a reverse transcription polymerase chain reaction (RT-PCR) to test for the virus. The RT-PCR test works by finding evidence of a virus’s genetic information — or RNA — in a sample taken from the patient.
According to Kwon, these tests may still be picking up parts of the RNA even after the person has recovered because the tests are so sensitive.
“That’s one possible and very strong explanation,” he said.
The same theory was posited by one of China’s top respiratory experts, Zhong Nanshan. In a press conference earlier this week, he said that a recovered person can test positive because fragments of the disease remained in their body.
“I’m not too worried about this issue,” he added.
What are some of the other explanations?
There are other theories for why patients may be retesting positive: there might be an error with the test, or the virus could have been reactivated.
If there’s an error with the test, patients may be getting false negatives or false positives. There are a number of reasons why this could happen, including issues with the chemicals used in the test and the possibility that the virus is mutating in such a way that it is not being identified by the test.