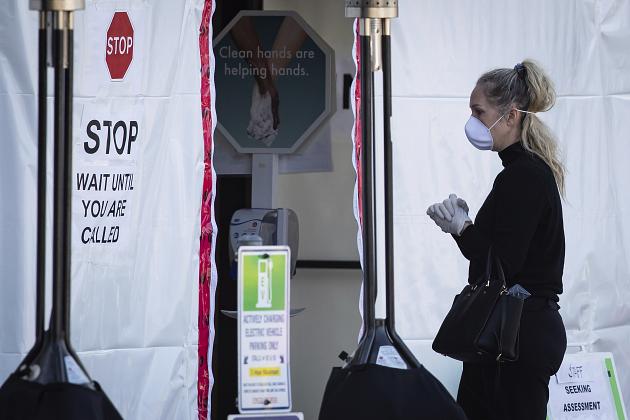 The availability of testing for COVID-19 is controversial in nearly every country.

South Korea is held up as a model — it has conducted over 300,000 tests to date, one of the highest numbers per capita of any country.

They have also been aggressive when it comes to tracing the virus from person to person, something the country has experience with because of previous outbreaks of both SARS and MERS. Some experts say mass-testing is the key to containing the pandemic.

Estimates range from around 25 to 30 per cent of cases being completely asymptomatic, or not showing symptoms or feeling unwell, and 80 per cent of cases present mild to moderate symptoms, and don’t require intervention from doctors. That’s a huge number of people who, in some countries, won’t get tested. 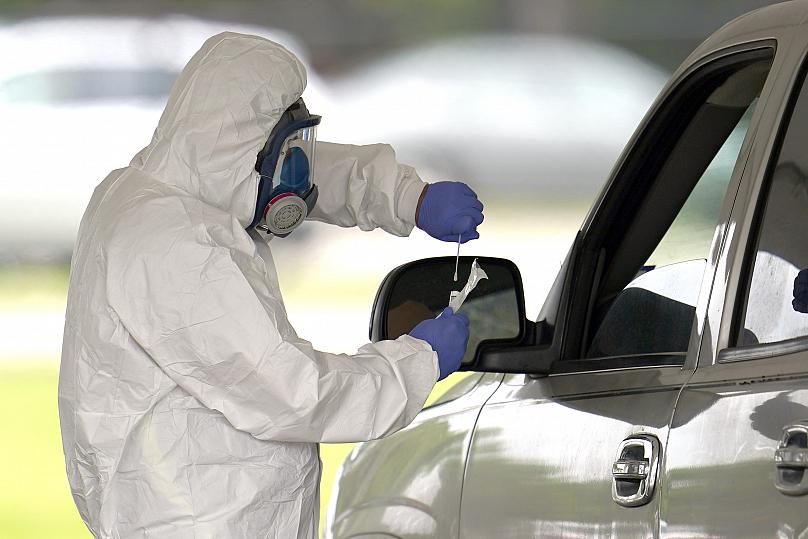 The UK has a goal of performing 10,000 tests per day, and hope to move towards testing 100,000 people every day, but the country is not there yet. Just over 160,000 people total have been tested since January. The government has also purchased millions of at-home tests that should be able to give a result in under 15 minutes, but there is no news on when they will be distributed.

Like many countries, hospitalised patients are the first priority when it comes to testing in the UK. If you’re in intensive care or have come down with severe pneumonia, you will be admitted and tested. Healthcare workers have been promised more testing, and the country is also using cluster tracing.

But for those 80 per cent of people who experience mild to moderate symptoms, they’re more likely to be told to stay home than receive a test — meaning the number of people who actually have the disease is likely higher than the official numbers being reported.

Adeel Belorf is a British man who is convinced he had COVID-19 — but he’s not one of the UK’s 34,192 reported cases, because he was never tested.

“I was very, very wiped out, essentially,” he told Euronews.

“I had a lot of fatigue, body aches, and the first thing that you’re asked to do is phone the NHS 111 number here in the UK. Once I got through to them, I actually got through to a doctor who went through my symptoms in detail. And they said that I needed to self-isolate.”

There was no chance of me getting a test done at a hospital, the advice was to stay at home and isolate and keep away from anyone in my house or outside, essentially.

Belorf describes the illness as intense and painful.

“It was something that I’ve never experienced before,” he said. He had a recurring fever for around ten days. But he wasn’t in severe enough distress to go to the hospital, and the doctor had advised it would be difficult to get a test done. So Belorf stayed home, and tried to trace the illness himself.

“I contacted the last people I saw,” he explained. “My friend, the last person I saw was actually ill as well. He had just milder symptoms, more of a kind of cold-like, flu-like symptoms. I was at the kind of hardcore end of the symptom spectrum. And I spoke to everyone I had spoken to [before falling ill]. A lot of my friends have been experiencing weird flu illnesses and have not been able to get tested, which is quite frustrating.”

Though he’s convinced his illness was indeed COVID-19, not knowing for sure is both frustrating and scary. It also puts into doubt the number of official illnesses being reported by the UK’s health systems. Those numbers are vital to understand the disease itself, as well as the spread. The mortality rate, for one, is calculated based on the total number of cases, and is a crucial part of understanding the illness and formulating a response to it.

“As far as I’m aware,” said Belorf, “Because I haven’t been tested officially, I’m not part of those numbers that are being reported in the media. Which is I think frustrating because it means we just don’t have a grasp of the disease and where it’s moving, where the hotspots are, and just the stats. We’re going to need the stats to help us in figuring out how this virus is kind of moving around, and helping us in similar scenarios in the future.”