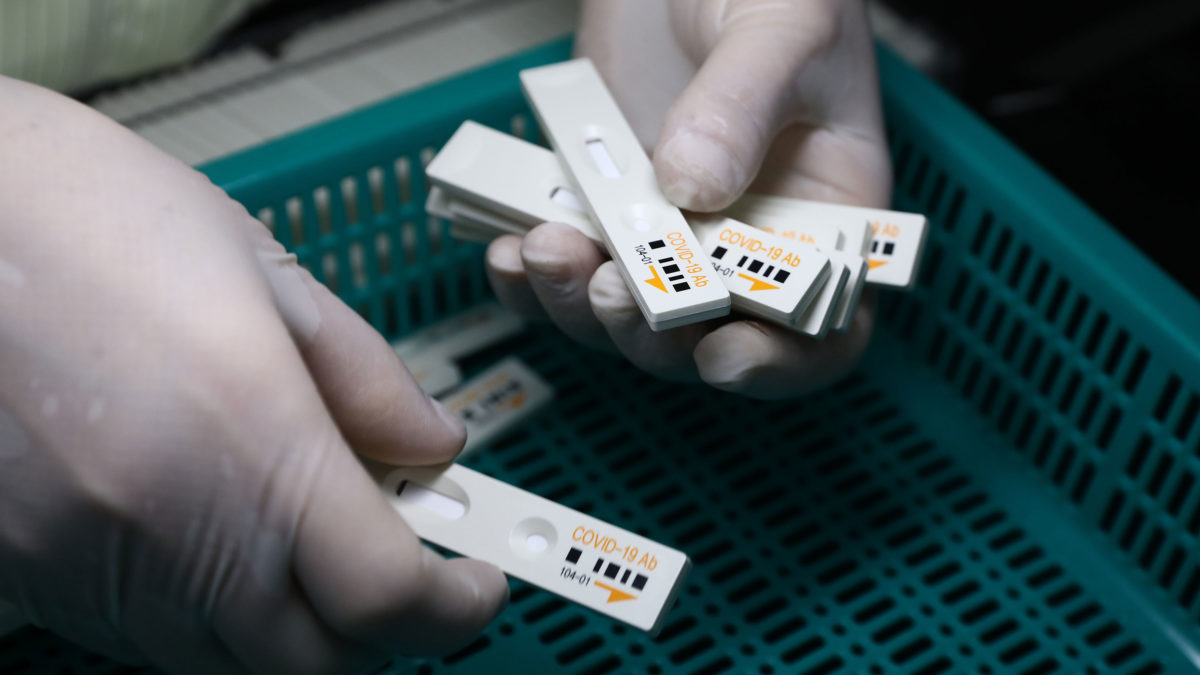 CHUNCHEON, SOUTH KOREA - APRIL 17: An employee holds up an Ichroma Covid-19 Ab testing kits used in diagnosing the coronavirus (COVID-19) at the Boditech Med Inc. headquarters on April 17, 2020 in Chuncheon, South Korea. South Korea has called for expanded public participation in social distancing, as the country witnesses a wave of community spread and imported infections leading to a resurgence in new cases of COVID-19. South Korea's coronavirus cases hovered around 20 for the fourth straight day, but health authorities are still staying vigilant over cluster infections, as well as new cases coming from overseas. According to the Korea Center for Disease Control and Prevention, 22 new cases were reported. The total number of infections in the nation tallies at 10,635. (Photo by Chung Sung-Jun/Getty Images)

Sixteen more people who had recovered from coronavirus and were released from quarantine have tested positive again for the infection, South Korea’s Centers for Disease Control and Prevention (KCDC) reported on Sunday.

This means that 179 people in total have retested positive after they were released from quarantine, out of 8,042 patients who’ve recovered from Covid-19 so far, KCDC director Jung Eun-Kyeong told a press briefing.

It is currently unclear why patients could be retesting positive. Most experts think it’s unlikely that somebody will be reinfected right after recovering. It’s possible that issues with testing — or varying amounts of viral RNA in the body, which the tests look for — could explain why people test positive after testing negative, experts say.

An in-depth epidemiological investigation is underway to figure out the cause, Jung said.

Most such cases test positive after an average of about 13 days following release from quarantine, Jung added, and so far no secondary infections have been reported from these cases.