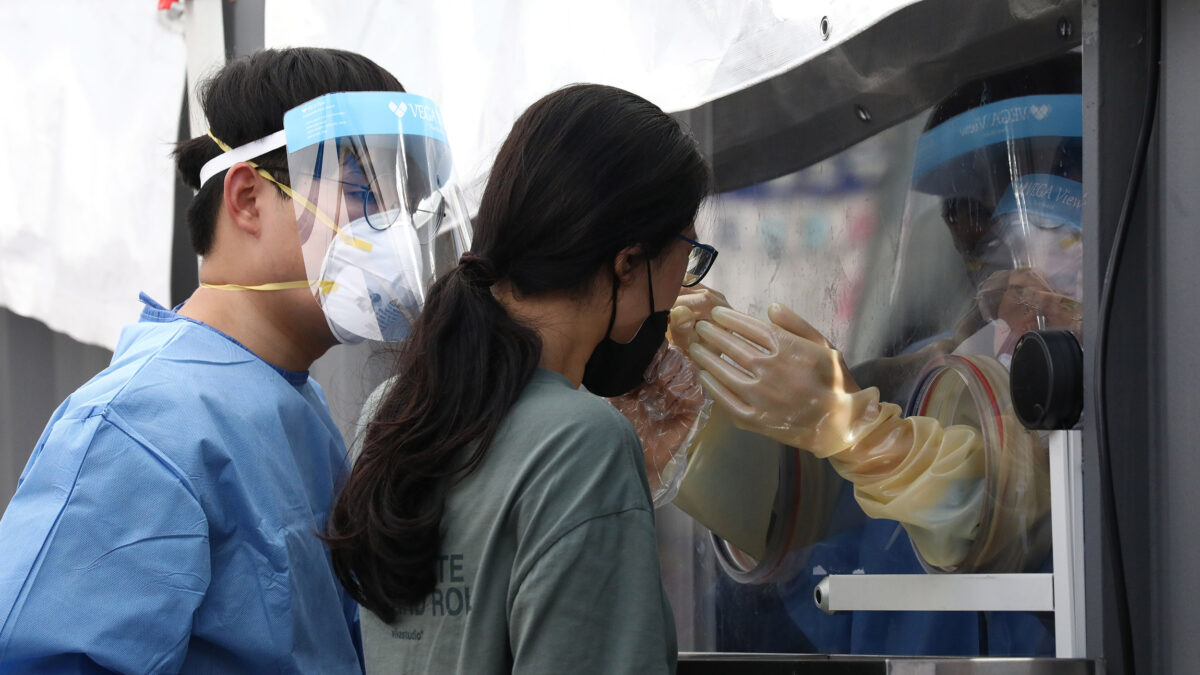 SEOUL, SOUTH KOREA - AUGUST 26: A medical worker takes samples from a woman during the COVID-19 testing at a temporary test facility on August 26, 2020 in Seoul, South Korea. The number of daily new coronavirus cases in South Korea spiked to over 300 on Wednesday, as sporadic cluster infections across the country, coupled with rising cases tied to churches, continued to build up. The country reported 320 new COVID-19 cases, including 307 local infections, raising the total caseload to 18,265, according to the Korea Centers for Disease Control and Prevention (KCDC). (Photo by Chung Sung-Jun/Getty Images)

South Korea is developing a testing kit that can detect seasonal flu and Covid-19 at the same time, according to the country’s Centers for Disease Control and Prevention (KCDC)

As symptoms of Covid-19 and seasonal flu are similar it’s important to detect the difference for the coming fall flu season, KCDC director Jung Eun-kyeong said at a news conference on Monday.

South Korea’s Ministry of Food and Drug Safety is currently going through the permit process to approve the test. The kit will allow detection of either virus from a single sample, Jung said.

The total death toll is now 336, after two new fatalities on Sunday. Most of the new cases were reported in the Seoul metropolitan area.

South Korea is currently battling a second wave of infections, which rose as high as 441 daily cases in late August.

South Korean President Moon Jae-in said Monday that coronavirus restrictions were helping to curb the spread of the virus.

“The rapid and strong response, like social distancing measures from the government is starting to show its effect,” Moon said. He also praised the public for changing the trend.

However, despite the drop in new cases, the Ministry of Health said it was considering continuing social distancing measures during the upcoming Chuseok holiday in late September. The three-day holiday, known as “Korea’s Thanksgiving,” traditionally sees people travel across the country to gather with their families.