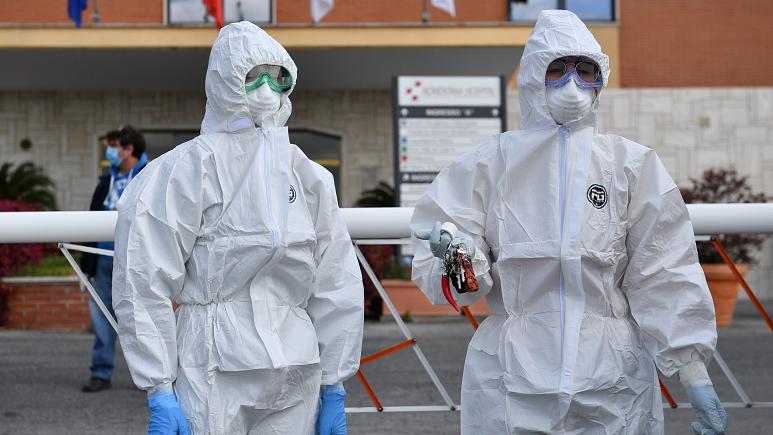 Spain reported 117,710 total cases of coronavirus on Friday, surpassing Italy to become second most impacted country by the virus.

Spain’s death count has already passed 10,000 and although Thursday night brought more grim news from Italy on the fatalities front, there is a glimmer of hope that containment measures are paying off.

Pressure on hospitals in hard-hit Lombardy continued to ease, with more than 800 people recovered and 165 fewer people hospitalised with COVID-19 compared to a day earlier. Intensive care units are still saturated, but overall, Lombardy added just under 1,300 new positive cases, with about half of those infected being treated at home.

More than 10,000 medical personnel have been infected nationwide and 69 doctors have died, according to the National Institutes of Health and the Italian Association of Doctors.

France, in announcing 471 new COVID-19 deaths on Thursday evening, revealed at least 884 of its total 4,503 fatalities had occurred in old people’s homes.

It comes as half of humanity is soon set to be under restriction measures as governments around the world scramble to contain the spread of the virus.

The number of confirmed coronavirus cases passed the one million mark on Thursday evening. More than 200,000 have recovered from the disease.

Latest updates on coronavirus around the world

South Korea said more than 27,000 people are under self-quarantine as they tightened border control, AP reported.
China reported 31 new cases of the virus, with 29 imported from overseas.
The US is weighing a change to its guidelines on masks that could encourage the general public to wear them.
The UK announces it will up the number of coronavirus tests it does from 10,000 now to 100,000 by the end of April

A French medicine watchdog has warned of the dangerous side effects of malaria and HIV drugs being tested against the novel coronavirus.

The British comedian Eddie Large has died aged 78 after contracting coronavirus in hospital where he was being treated for heart failure, according to UK media reports quoting his son.

British Airways will furlough 28,000 workers as a result of the coronavirus lockdown, says a trade union.

The EU is launching a new €100 billion fund to mitigate the economic effects of the lockdowns, looking to help those left out of work, and companies left out of pocket.

President Vladimir Putin has ordered most Russians to stay off work until the end of the month to curb the spread of the coronavirus.

Economic fallout mounts
Ten million Americans have lost their jobs in just two weeks due to the coronavirus outbreak, the biggest collapse the US job market has ever seen.

Economists are warning unemployment could reach levels not seen since the Great Depression, and the global economy looks set to go into recession. Around 6.6 Americans have field for unemployment – a record in the country.
Applications for welfare benefits in Britain increased nearly tenfold to almost 1 million in the past couple of weeks, while the European Union estimates at least a million people in member states lost their jobs over the same period. Spain alone added over 300,000 to its unemployment figures in March.

However the job losses there appear to be far smaller than in the US because of Europe’s greater social safety nets.

Could Western countries start recommending wearing masks?
The United States’ top public health body is weighing whether or not it should change its guidelines on covering one’s face to prevent further spread of the virus.

Wearing a mask in public has been recommended by public health bodies in several Asian countries such as China and South Korea but in Western countries, typically members of the public have been told not to wear a mask unless they are sick.

The US Centres for Disease Control and Prevention director told public radio station WABE in Atlanta that potentially 1 in 4 people were asymptomatic.

He said others can spread the virus before they develop symptoms, details that have prompted the US public health agency to review their guidelines on masks. They currently suggest only those people in the public who are sick should wear masks.

Dr Deborah Birx, who is coordinating the White House’s response to COVID-19, said she didn’t want masks to give Americans a “false sense of security” and that they needed to continue following social distancing guidelines.

The mayor of New York City, which is currently the epicentre of the US outbreak, has already recommended that people cover their faces in public.

The World Health Organization has said it stands by its guidelines for only healthcare workers and those who are sick and showing symptoms to wear masks in public.

UFC 249 fighter tests positive for coronavirus on eve of bout