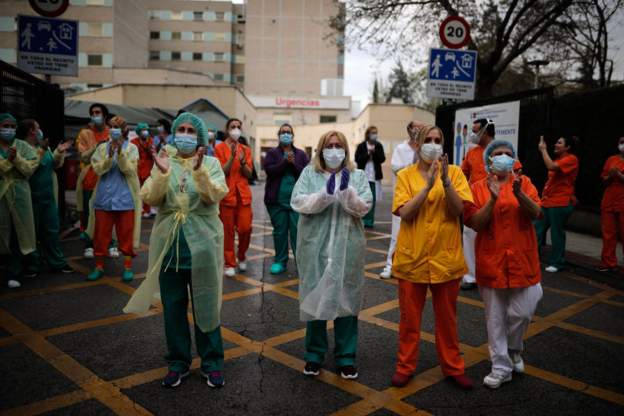 It’s mid-morning in the UK, which is the time we get the latest numbers from Spain.

The daily death toll has dropped significantly – with 100 fewer deaths reported on Saturday than on Friday.

Although 510 people died from coronavirus in the past 24 hours, according to the health ministry, it is much lower than at the height of the outbreak.

It brings the hard-hit country’s total number of fatalities from the virus to 16,353 – the third highest in the world behind Italy and the US.

The daily death toll in Spain has been falling for a few days, sustaining hope that the worst of the outbreak is over.

It comes as the Spanish government considers lifting some restrictions, including allowing some non-essential workers to return to their jobs, including in construction and factory production.

Moscow coronavirus restrictions extended until end of the month

Coronavirus: Trump terminates US relationship with WHO