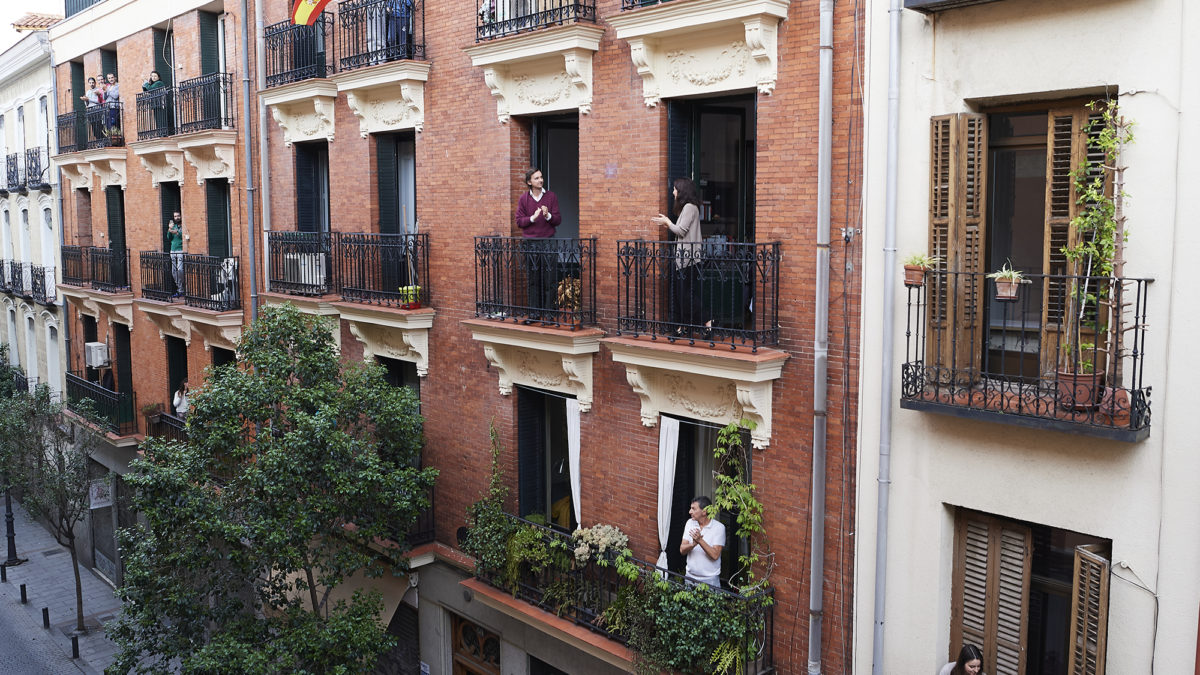 MADRID, SPAIN - APRIL 18: People on their balconies applauding to pay tribute to healthcare workers struggling to fight the coronavirus pandemic on on April 18, 2020 in Madrid, Spain. Spain is beginning to ease strict lockdown measures to ease its economy, people in some services including manufacturing, construction are being allowed to return to work but must adhere to strict safety guidelines. More than 20,100 people are reported to have died in Spain due to the COVID-19 outbreak, although the country has reported a decline in the daily number of deaths. (Photo by Carlos Alvarez/Getty Images)
Coronavirus, Europe, News

A rise of 399 deaths from the coronavirus in the last 24 hours brings Spain’s total death figure to 20,852, according to figures released by the Spanish Ministry of Health Monday.

The death toll is a 2% increase — a slower rise than last week’s average.

These are “figures that give us hope,” Fernando Simón, Spain’s Director of Health Emergencies, said.

At the government’s daily technical committee briefing Simón reported 0.8% increase in hospital admissions, and 0.7% increase in ICU admissions over the last 24 hours — a lower trend than reported Sunday.

Meanwhile, Spain’s cabinet is due to discuss the rules for loosening measures for children and seniors on Tuesday. The new measures are planned to start on April 27th.

Simón warned that the expected relaxation of confinement measures for children means personal responsibility on the part of parents.

“If people think kids are going to be going out to freely play with all their neighbors, that won’t be the case,” he said.

Simón cautioned the outdoor movement of seniors saying “this virus can infect anyone, but doesn’t affect everybody equally. The risks for older people are much bigger “not because they’re more easily infected, but because the risk is much bigger if they do become infected.”