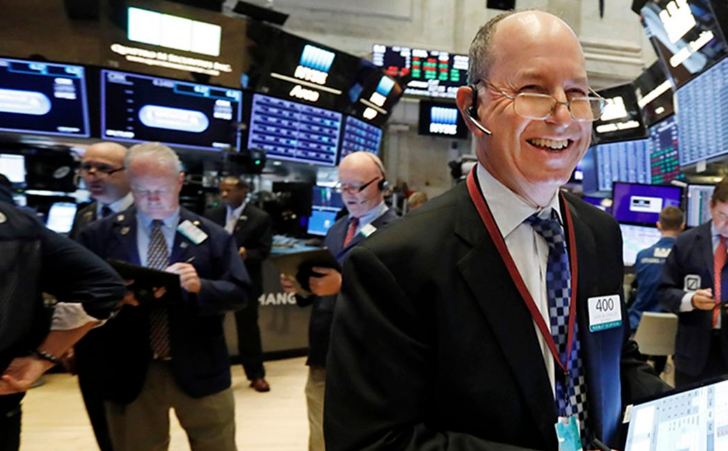 Get all the latest news on coronavirus and more delivered daily to your inbox. Sign up here.

U.S. equity futures are pointing to a higher open on Thursday on optimism that the coronavirus pandemic may be peaking.

The major futures indexes are indicating a gain of 1.3 percent.

GET FOX BUSINESS ON THE GO BY CLICKING HERE

One item of economic data that could dictate the trading direction would be the weekly jobless claim number being released Thursday morning.

5.25 million Americans are expected to have filed for first-time unemployment benefits last week according to economists surveyed by Refinitiv. That’s on top of the 9.955 million claims filed in the prior two-week period. And note the huge range for claims: 2.5 million to 9.295 million.

JOBLESS CLAIMS REPORT DURING CORONAVIRUS COULD HIT 7M OR HIGHER

Recent upward swings in markets have dwarfed declines amid signs that deaths and infections may be nearing a peak or plateau in some of the world’s hardest-hit areas.

Dr. Anthony Fauci, the top U.S. infectious diseases expert, raised hopes when he said the White House is working on plans to eventually reopen the country. President Trump later said it “will be sooner rather than later.”

In Asia on Thursday, Japan’s Nikkei lost 0.1 percent after the central bank governor said the economy faces “extremely high” uncertainty over the likely impact of the pandemic.

And a meeting of oil producers planned for Thursday has raised hopes energy companies might get some relief in the form of production cuts to help support crude prices amid collapsing demand.

Benchmark U.S. crude oil rose $1.45 to $26.55 per barrel in electronic trading on the New York Mercantile Exchange early Thursday. It gained $1.46, or 6.2 percent, to settle at $25.09 a barrel on Wednesday, recovering some of its 9.4 percent slide from the day before.

Nearly 1.5 million cases of COVID-19 have been confirmed around the world, with more than 432,000 of them in the United States. More than 88,000 people have died from the virus, while nearly 330,000 have recovered, according to a tally by Johns Hopkins University.

Nearly 58,000 students are going back to school at coronavirus ground zero

Trump tries to overrule his own scientists — again