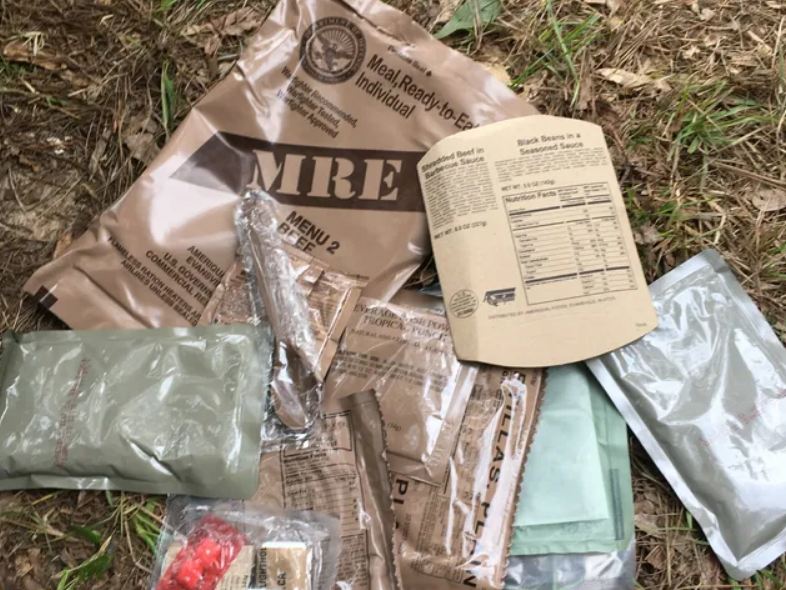 The virus was far away then, barely registering in the minds of most Kentuckians. People still ate at restaurants and watched basketball and talked about politics and planned for that first Saturday in May.

That all changed, of course. And Sutton was ready for it.

He already had a year’s worth of food, tomatoes and beans picked from his garden and canned in mason jars, along with MREs made for combat troops.

He already owned a box of surgical masks and gloves.

“It’s something you pick up for a few bucks,” he said of those now-coveted supplies. “You toss it in your garage or attic and you don’t think about it, and when times like this happen you think, ‘I already have a box.'”

Sutton, 25, is a father, an independent contractor and a self-described “prepper,” one of 700-plus members of the private Facebook group Kentucky Preppers Network. “Preppers” believe a catastrophic disaster or emergency is likely and prepare for it.

Turns out they were right.

Sutton and others like him in Kentucky and across the country were stocked up on supplies well before people rushed to strip store aisles bare of toilet paper and guns and bread flour, before efforts to slow the virus’ spread involved limited or shuttered businesses and calls for social distancing.

He and his fellow preppers have been called survivalists, hoarders, conspiracy theorists living in remote bunkers waiting for the world to end.

But this isn’t the time to be smug toward those who derided them, Sutton and others said.

Instead, they see this pandemic as their chance to help their neighbors and teach the larger community about ways they can prepare for the next time.

“A prepper is like a boy scout,” said Dan Brown, founder of the preppers Facebook group and owner of This Old Prepper supply shop in Richmond, Kentucky, about 30 miles south of Lexington. “They keep to themselves, help others when they can, receive help if they need it, share and teach skills to each other.

NYC coronavirus cases reach over 32K, with a death every 8.9 minutes