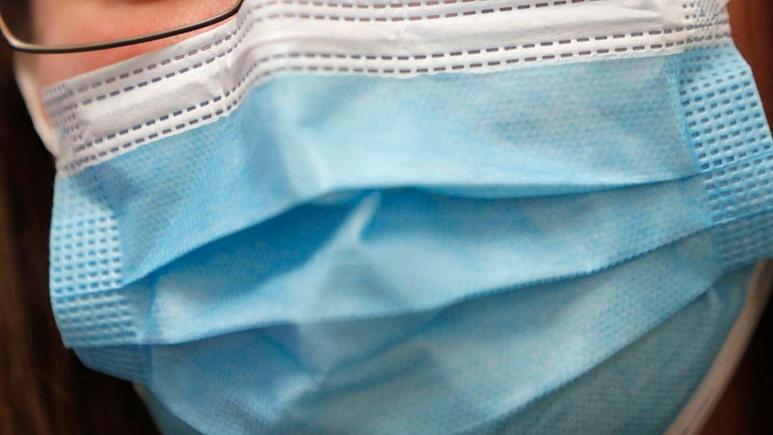 The deputy chairman of the right-wing populist party, Alternative for Sweden, has resigned just days after launching a business selling protective face masks.

William Hahne announced he was stepping down from his role after a party board meeting on Sunday.

Hahne’s resignation comes just days after he announced the launch of a new business, Skyddsmask, which sold “certified respiratory protection to the Swedish market”.

He had imported the “high quality” masks into Sweden from abroad and listed them on sale for up to 249 SEK (> €22) each.

The business venture had received strong criticism, with some journalists accusing Hahne of exploiting the coronavirus crisis and overpricing the products.

On Facebook, Hahne said his resignation was the “best” choice for Alternative for Sweden, although he continued to defend his actions.

“I understand that the party does not benefit from being mixed up with my private company,” he said.

“Unfortunately, the focus of Sweden’s fate issues is now directed to my private business, which is unfavourable for both the party and Sweden.”

Alternative for Sweden confirmed that they had received a donation of respiratory masks and would be distributing them to staff at senior homes. The party said that they are also starting a crisis aid relief. 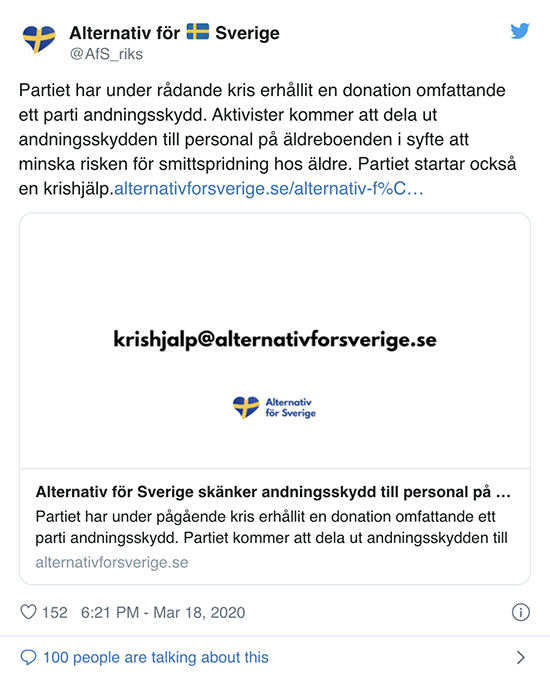 The populist party was formed in 2017 by former members of the Swedish Democrats.

What was William Hahne’s business?
The former deputy chairman announced last week that he would be selling FFP2-rated masks to “private individuals”.

The World Health Organization has recommended that healthcare workers should use the EU standard FFP2 respirators when treating COVID-19.

William Hahne had defended the cost of the masks, and the morality behind the business, saying that much of the criticism was “completely unreasonable”.

“Even private individuals may be in need of respiratory protection”. 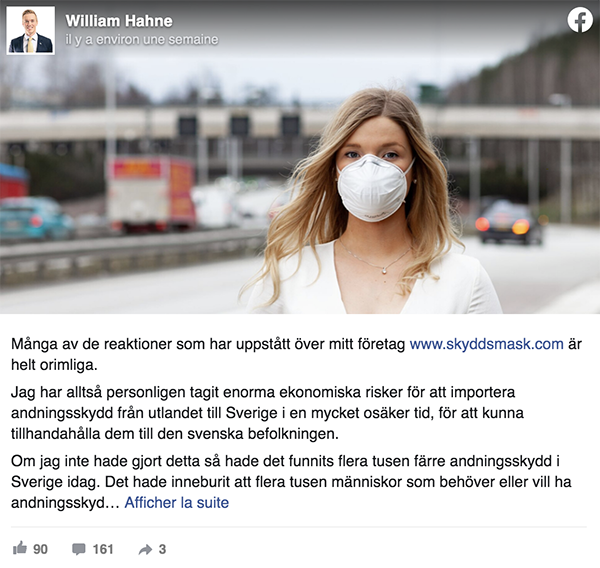 “There are many socially important professions outside healthcare and it is of the utmost importance that people in different risk groups do what they can to avoid being infected.”

When discussing the prices of the respirators on sale, Hahne said manufacturers’ prices had “increased by 1000-2000%”.

He blamed this on the worldwide demand for protection against coronavirus and a lack of raw materials.

As in many other countries hit by the coronavirus, the Swedish healthcare system faces shortages of certain medical supplies.

Staff at an IKEA store on Sweden’s west coast last week donated around 50,000 face masks to a nearby hospital after finding them at a warehouse.

Last week Swedish social minister Lena Hallengren announced that the government had reached an agreement for 200,000 respiratory protectors from the company, Dräger.

Sweden has so far reported 2,286 positive cases of COVID-19 and 36 deaths, according to John Hopkins University.