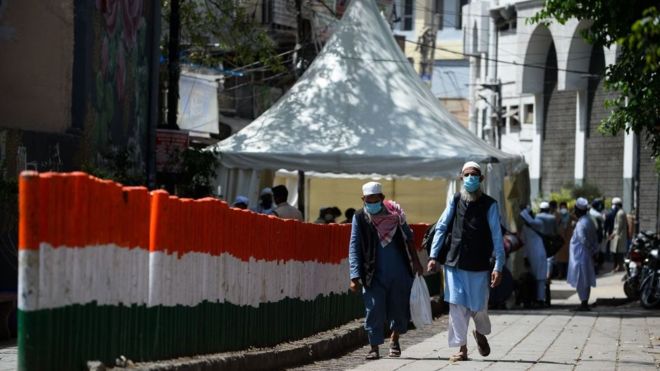 The Tablighi Jamaat have come into the spotlight after an event they held in the Indian capital Delhi has spawned a number of Covid-19 clusters across the country. But exactly who is this group and why did they hold a big gathering in Delhi? BBC Hindi’s Zubair Ahmed reports.

Who are the Tablighi Jamaat?
The organisation was founded in 1926 in the northern Indian region of Mewat by prominent Islamic scholar Maulana Mohammed Ilyas Kandhlawi.

Its aim was to inculcate “true” Islam among the “Umma” (Global Islamic community) – many Muslims at the time felt that their political and religious identities were being compromised under the British Raj.

The organisation flourished in what was then undivided India. This did not change when the country was partitioned after independence in 1947. It has a strong following in both Pakistan and Bangladesh.

What is its mission?
The Jamaat’s founder, Mohammed Ilyas, once famously said, “Oh Muslims be good Muslims” – and that is in essence, the organisation’s main objective – to promote the ideals of Islam among Muslims.

Its members claim that it is a non-political organisation which aims to build an Islamic society based on the teachings of the Koran.

The Jamaat sends out delegates to different countries for 40 days a year and sometimes for shorter durations. The preachers believe in person-to-person contact, so they knock on the doors of ordinary Muslims to give them the message of Islam.

What happened in Delhi?
The Delhi conference, an annual event, was inaugurated on 3 March though there are differing accounts of when it may have ended. What is clear is that once it ended many people – including 250 foreigners – chose to stay on.

It is thought that some of them were carrying the Covid-19 infection, that has now been transported across the country. 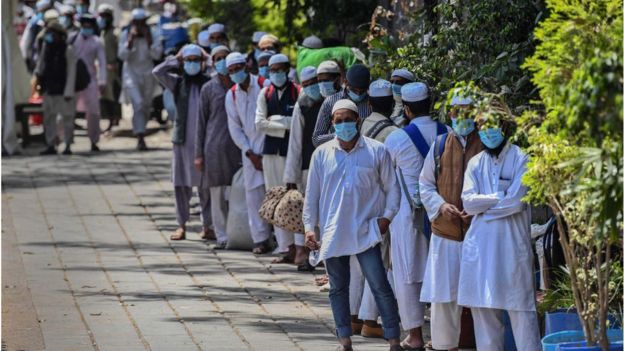 One of its members, Waseem Ahmed, told BBC Hindi that hundreds of delegates left before the lockdown came into effect on 24 March, but that more than 1,000 followers, including many foreigners, got stranded, as all modes of transport and international flights were cancelled.

Since then, police have cleared out the hostel where these foreign nationals were staying and quarantined them in another location in Delhi. Efforts are now on in every state to trace and test people who were at the event as the number of Covid-19 cases linked to the event steadily rises. On Thursday morning, local media put that number at 389.

How large is the group?
Tablighi Jamaat is now a global religious movement, with followers in more than 80 countries, including Indonesia, Malaysia and the US.

The Jamaat has its own headquarters in every country it operates in, but its global spiritual centre remains the Markaz (centre) in Delhi.

This is housed in a multi-storey building in Nizamuddin, a prominently Muslim residential area in Delhi. The Markaz comprises a mosque and dormitories that can accommodate 5,000 people. 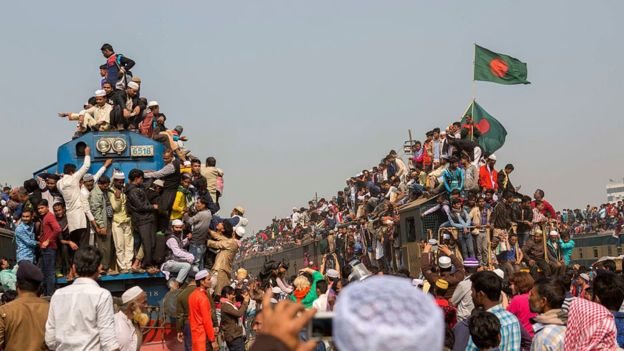 The Jamaat also organises big events in other countries.

In Bangladesh, it holds an event called the Biswa Ijtema which is believed to be the second-largest gathering of Muslims in the world after the Haj.

The group also has some famous South Asian personalities as its followers.

Former Pakistani Presidents, Farooq Legari and Mohammed Rafiq Tarar were also believed to be the followers while former Indian president Dr Zakir Hussain was also associated with the movement.