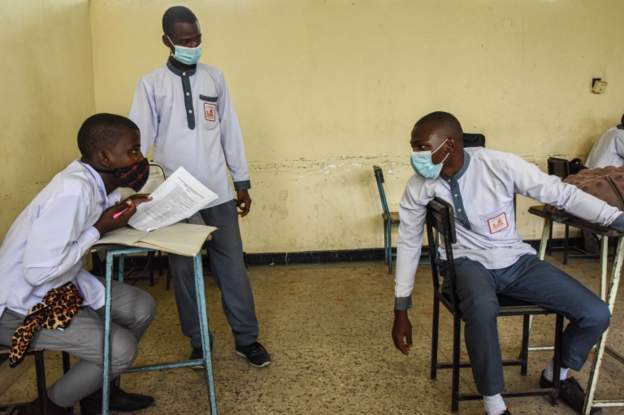 Tanzania’s health minister has spoken about a decline in coronavirus cases in the country, saying the commercial hub, Dar es Salaam, only has four active cases.

Ummy Mwalimu told a gathering on Monday that God had spared Tanzania from the pandemic. The event in Tanga region was attended by Prime Minister Kassim Majaliwa.

Last month the US ambassador said hospitals in Dar es Salaam, were “overwhelmed” and that the chance of contracting the virus was “extremely high”, but did not provide evidence.

The minister said there were no cases in Tanga and Mwanza regions.

Older students in the country reported back to school on Monday after the government announced reopening for colleges and final year students.

Covid-19 infected almost every patient at this hospital. Medics are overwhelmed