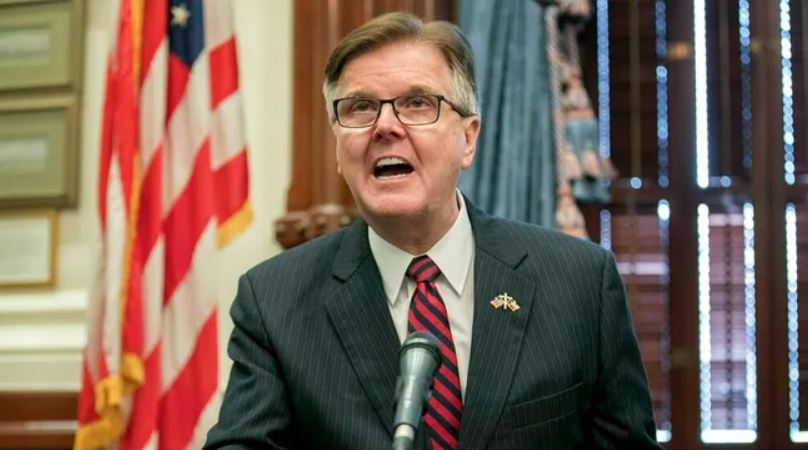 The lieutenant governor of Texas argued in an interview on Fox News Monday night that the United States should go back to work, saying grandparents like him don’t want to sacrifice the country’s economy during the coronavirus crisis.

Republican Lt. Gov. Dan Patrick, 69, made the comments on Fox News’ “Tucker Carlson Tonight” after President Donald Trump said he wanted to reopen the country for business in weeks, not months.

Patrick also said the elderly population, who the Centers for Disease Control and Prevention said are more at risk for COVID-19, can take care of themselves and suggested that grandparents wouldn’t want to sacrifice their grandchildren’s economic future.

“No one reached out to me and said, ‘as a senior citizen, are you willing to take a chance on your survival in exchange for keeping the America that all America loves for your children and grandchildren?’” Patrick said. “And if that’s the exchange, I’m all in.”

Open for business”:How several states hunkered down the same day Trump promoted going back to normal

“And that doesn’t make me noble or brave or anything like that,” he continued. “I just think there are lots of grandparents out there in this country like me… that what we care about and what we love more than anything are those children.”

Patrick claimed after speaking to over a hundred people over the phone that there’s a consensus that they don’t want to “lose our whole country” over the current public health crisis and face an economic collapse.

Health experts have made clear the coronavirus poses a particular danger for older patients – 60 years old and older – who face the highest risk of serious illness or death from the rapid spread of COVID-19.

They say unless Americans continue to dramatically limit social interaction — staying home from work and isolating themselves — the number of infections will overwhelm the health care system, as it has in parts of Italy, leading to many more deaths.

Dr. Tom Inglesby, director of the Center for Health Security of the Johns Hopkins Bloomberg School of Public Health, warned in a series of tweets that curbing social distancing could cost millions of lives. Inglesby said the U.S has seen exponential growth and that health officials are just beginning to understand how pervasive it is.

Coronavirus: Can China test all of Wuhan in only 10 days?