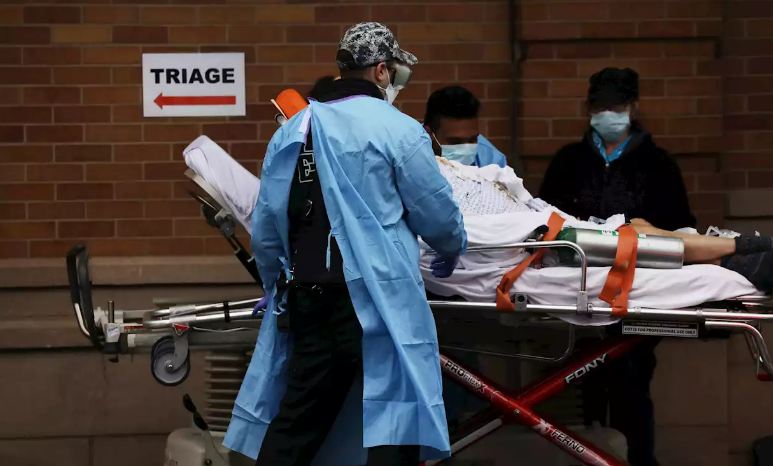 The U.S. reported more than 7,000 deaths from COVID-19 on Friday. At least 30,000 new cases of the novel virus infections have brought the total number of infections to 278,000. Friday represented the deadliest day in America’s outbreak, with more than 1,400 new deaths reported.

The country has recorded the most coronavirus infections of any country, and the third highest number of deaths behind Italy (14,681) and Spain (11,198). Worldwide, there have now been more than 1.1 million confirmed cases and almost 60,000 deaths, with almost 227,000 people having so far recovered, according to Johns Hopkins University.

Some 90 percent of Americans are now living under stay-at-home orders as officials try to “flatten the curve” of new infections and prevent healthcare systems from being overburdened to the point of collapse.

President Donald Trump said Friday that he would not issue a federal stay-at-home order, telling reporters, “I leave it up to the governors.”

At his daily briefing, Trump banned the export of coronavirus protective gear as state governors struggled to secure adequate supplies. In New York—the state with the most infections—Governor Andrew Cuomo again said the state does not have enough ventilators and vowed to requisition them and other equipment from private hospitals and companies not using them.

New York recorded 562 additional deaths Friday, marking the deadliest day since the outbreak began. A total of 2,935 people have died in New York.