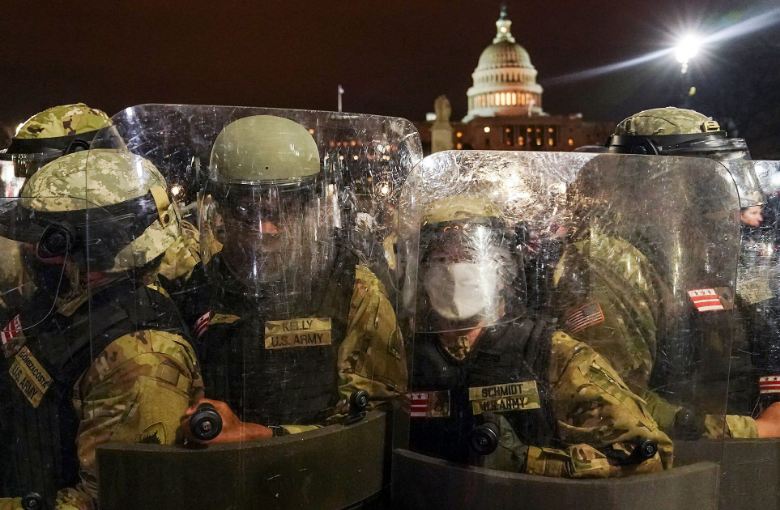 The US Capitol Police have sent out a message that the security threat has been cleared for all buildings within the complex following the violent riots.

Here’s what they said:

“All buildings within the Capitol Complex: The USCP has cleared the external security threat incident located within the Capitol Complex. The USCP will continue to maintain a security perimeter.”
What happened today: Four people are dead — including one woman who was shot — after supporters of President Trump breached one of the most iconic American buildings, engulfing the nation’s capital in chaos after Trump urged his supporters to fight against the ceremonial counting of the electoral votes that will confirm President-elect Joe Biden’s win.

The stunning display of insurrection was the first time the US Capitol had been overrun since the British attacked and burned the building in August of 1814, during the War of 1812, according to Samuel Holliday, director of scholarship and operations with the US Capitol Historical Society.