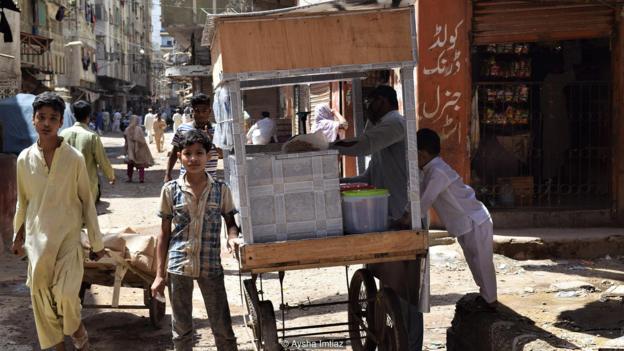 As Pakistan imposes greater social distancing measures to combat coronavirus, a Muslim law of generosity is helping to save those out of work.

Outside grocery stores in Karachi, a remarkable scene has been unfolding over the past two weeks. Instead of rushing home after shopping to avoid being exposed to coronavirus, many Pakistanis are pausing outside to offer food, money or other charity to the many people on the street with no “place” to shelter-in-place. These generous offers are often accompanied with a request to the recipient: “Pray that [the coronavirus] ends soon.”

Like many nations, Pakistan has imposed strict containment measures in response to the global coronavirus pandemic, including closing schools, banning public gatherings and shuttering all businesses that don’t sell groceries or medicine. But unlike some other countries that have ordered similar measures, the effects of a prolonged lockdown here could have much more dire economic – and potentially fatal – consequences.

In a recent coronavirus-related address to the nation, Pakistan’s prime minister, Imran Khan, stated that “25% of Pakistanis cannot afford to eat two times a day.” As the country issues more stringent lockdown measures and forces people to stay home, many daily wage earners here – from street-food vendors to shoe-shiners – now haven’t earned a rupee in weeks, and they’re going hungry.

In the same televised address, Khan summed up Pakistan’s grave reality: “If we shut down the cities… we save them from corona[virus] at one end, but they will die from hunger on the other side … Pakistan does not have the conditions that are in the United States or Europe. Our country has grave poverty.”

But it also has hope.

Amid the pandemic, Pakistanis are bonding together to assist the less fortunate in a unique and inspiring way. Specifically, many are offering zakat, the traditional Muslim charity tax, for daily wage earners who have no paid leave, health insurance or financial safety net. 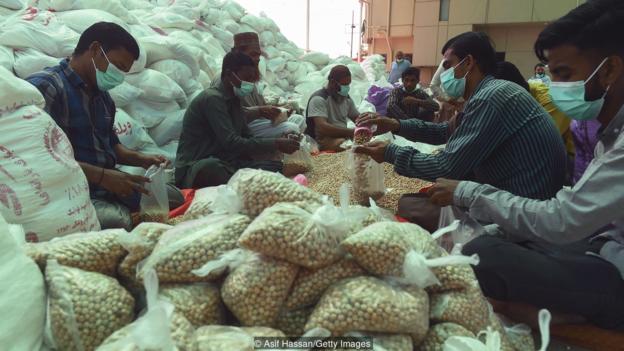 In Arabic, “zakat” translates to “that which purifies”, and, according to the Five Pillars of Islam, it is one of the most important religious duties for Muslims. This mandatory alms-giving is calculated at 2.5% of a person’s annual excess wealth. Strict parameters exist outlining the nisab,or threshold, beyond which a Muslim’s assets become liable for zakat, as well as who is eligible to receive it. Stemming from the belief that this world is transient and all is bestowed from the benevolence of the Creator, zakat upholds the idea that those less fortunate have a share in everything the community temporarily owns.

While many around the world are focused on physical cleanliness during the coronavirus outbreak, Dr Imtiaz Ahmed Khan, a molecular biologist at Hamdard University in Karachi, likens zakat to a spiritual cleansing, quoting the popular Pakistani expression, “Paisa haath ki meil hai” (Money is like the dirt on one’s hands).

“Zakat removes impurities from wealth,” Dr Khan added. “I am answerable if any of my neighbours go to bed hungry. How can I have an overstocked pantry while one of my neighbours is in need?” 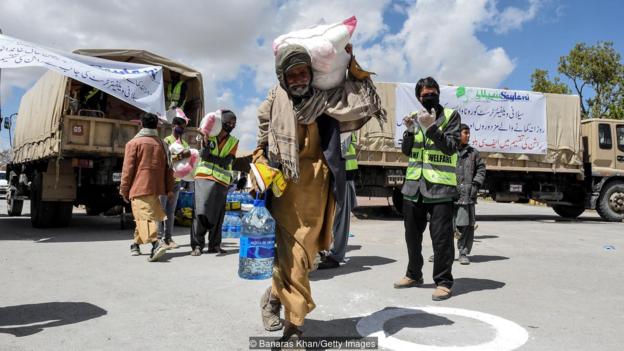 The spirit of generosity is firmly hardwired into Pakistan’s DNA. In fact, throughout the world’s 47 Muslim-majority nations, zakat contributions are typically voluntary, but Pakistan is one of only six countries in which it is mandated and collected by the government. Furthermore, according to Rizwan Hussain, author of The Oxford Encyclopedia of the Islamic World, “Pakistan is the only country to have been established in the name of Islam,” and this devout spirituality is reflected in its laws.

According to a report by the Stanford Social Innovation Review, Pakistan contributes more than 1% of its GDP to charity, placing it among “far wealthier countries like the United Kingdom (1.3%) and Canada (1.2%) and around twice what India gives relative to GDP.” And a nationwide study found that 98% of Pakistanis give to charity or volunteer their time – a figure that far exceeds the number of people who are legally obligated to offer zakat.

“As a nation, we might not have a lot, but we have big hearts,” said M Sohail Khan, a Pakistani living in Loughborough, UK. “Just visit any village and they will open their homes to you; putting others first is our culture. We’ve seen suffering. We have empathy and compassion. We might even have too much of it, as widespread education will be required to convince the masses that social distancing is not the same as abandoning your neighbour.”

As the coronavirus spreads, many Pakistanis have been giving far more than the required 2.5% of zakat, while others who don’t earn enough to qualify for zakat are offering as much charity as they can – and so far, these donations are being mobilised swiftly. 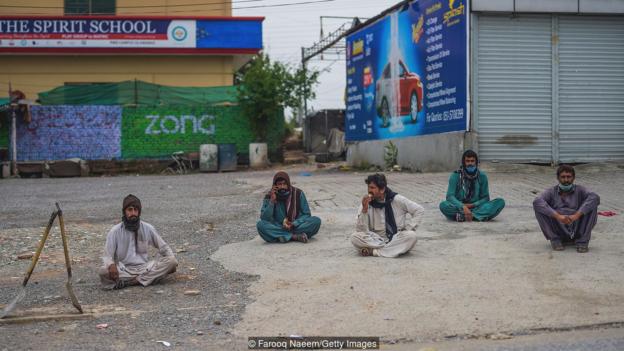 Many donations go towards creating monthly raashan (ration) packets that provide daily wage earners and the less fortunate basic grocery items, such as lentils, ghee, flour, oil, sugar and tea. While they are typically distributed during Ramadan, they are now being doled out to daily wage workers affected by the economic repercussions of the pandemic. These days, they also include anti-bacterial soap.

Faisal Bukhari has been delivering raashan packets in impoverished areas where daily wage earners need immediate relief. “There has been a massive outpouring of donations this week,” he said. “I’m getting around 20 to 25 queries or orders a day. Sometimes, I get even more.”

Others are organising similar efforts. “In the past few days alone, we have seen many support groups mushrooming specifically for the daily wage workers and raashan packets,” said Ahmad Sajjad, who teaches at Karachi’s Institute of Business Administration. “It reminds me of the 2005 earthquake when Pakistanis came together to offer charity. This time, during lockdown, instead of relief camps on the roads, the population is leveraging social media platforms to raise funds and provide relief.”

Sabiha Akhlaq, who runs the SSARA Foundation, an international charity organisation, underlined the gravity of Pakistan’s current situation: “It is bad out there. A man started crying [when we went to deliver raashan] because his family of four had been without food for 29 hours.” 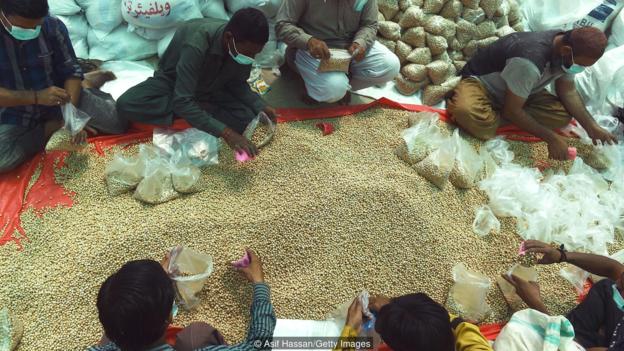 Echoing others, Akhlaq said that the SSARA has been receiving an influx of donations because of the Covid-19 lockdown.

“We are delivering 200 freshly cooked meals a day, and raashan grocery packets as well. On 25 March, we delivered 125 raashan packets to members of the transgender community,” Akhlaq said. “They are the most vulnerable and at-risk segment of society. It was so heartbreaking to see their profound gratitude and sheer surprise that somebody had thought of them. They, too, have lost their means of earning.”

Across Pakistan, appeals for donations are widely circulating on WhatsApp and social media. Women are playing a significant role by offering their houses as collection points for staple ingredients, such as flour, oil and lentils. Many have started circulating their personal phone numbers to mobilise more donations – a rare practice in Pakistan before the pandemic.

Volunteer organisations such as the Robin Hood Army have been busy distributing surplus food from restaurants and raashan packets to those in need. And groups like Edhi Foundation and Saylani Welfare Trust have helplines and WhatsApp numbers that people can message to inform them of families in need of food. 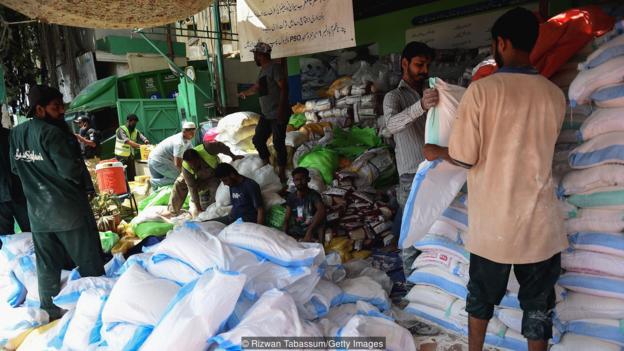 Anecdotally, these early efforts seem to be working. Saubia Shahid, a teacher in Karachi, said she recently tried to donate food and was told by the Robin Hood Army to try again in several weeks. “Given the overwhelming generosity of Karachiites, they asked me to reach out to them again in April or May. Until then, they said they were sorted.”

According to a recent government survey, Pakistani banks collected Rs 7,377,678,000 (£36.8m) in zakat from the population in 2018-2019. But because a lot of zakat is given by Pakistanis directly to those in need and therefore not documented, the real figure is likely much higher.

This is the case currently, as many households are still paying the salaries of domestic help, despite not calling them in to work to reduce the potential for spreading the virus. Some institutions that have had unanticipated savings in overhead costs during the closure have passed the money on to locals in need. This could be the corn seller that previously sat outside of schools trying to feed his children, the vegetable vendor visiting apartment complexes with a megaphone, or the ice-block salesman that has suddenly found himself in hot water.

“Pakistan, being one of the most philanthropic nations, has a somewhat diluted concept of individualism and capitalism,” explained Imran Baloch, a corporate banker from Pakistan. “People who are fortunate enough to belong to the ‘haves’ consciously make the effort to ease the burden of the ‘have-nots’ because they consider it their duty – a concept that rings especially true in crisis conditions, such as Covid-19.” 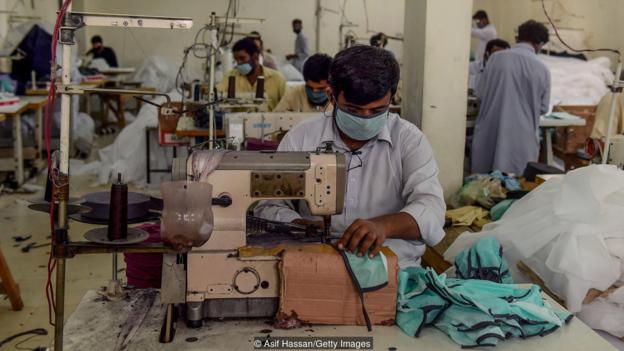 It is customary for Muslims to offer zakat largely during Ramadan (which starts this year on 23 April), as spiritual blessings are said to be multiplied in this holy month. During a recent national broadcast in Pakistan about the Covid-19 pandemic, Dr Qibla Ayaz, chairman of the Council of Islamic Ideology, endorsed the “early” offering of zakat to alleviate the plight of coronavirus as a noble initiative.

In a way, the timing for the pandemic to infiltrate Pakistan couldn’t have been better. In the two months preceding Ramadan, in non-Covid conditions, it is customary for the impoverished to knock on doors and request zakat. Many underprivileged families schedule weddings or important events around this time, in the hope of financial assistance. They are hopeful now as well, and Pakistanis are not failing to deliver.

Sundus Rasheed, a host at a Karachi radio station, said of the city’s response to the pandemic, “Karachi walas (Karachiites) do a lot of personal giving, far beyond zakat. I personally don’t have savings, which is part of the zakat threshold, but before corona got a little worse, we [distributed] hygiene packs. I live near the port where there are lots of daily wage earners. We distributed 400 packs, just through people we knew. Now, it’s coming to a point where it’s not just a pre-emptive hygiene measure, but a matter of sustenance.” 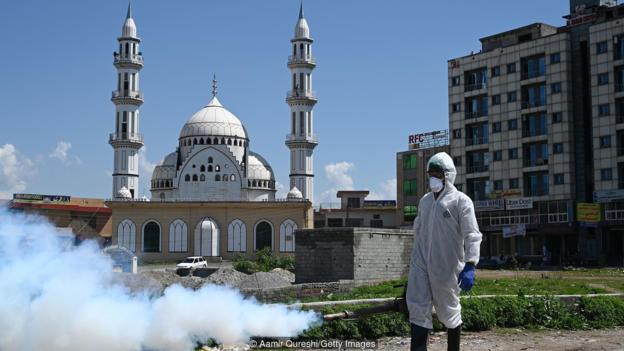 In a sense, Pakistanis view the power of zakat and religious charity to be cosmic forces. And in the face of a pandemic, these powers are being ramped up in the hope that the crisis will end.

We Pakistanis believe that one good deed begets another, and perhaps our generosity will spread faster than the virus. Armed with the unwavering belief that humanity at large will benefit, we are trying our best to provide a cushion to those who need assistance – and hope to those who need hope.

These days, that’s all of us.