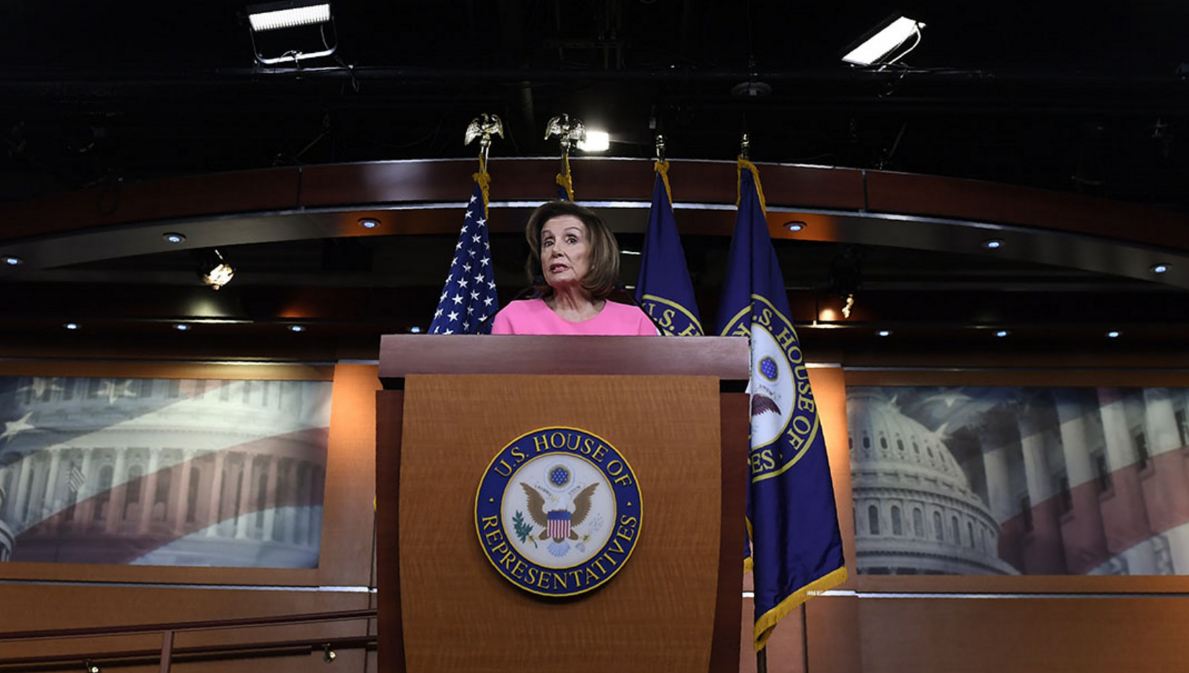 In 2009, Republicans locked arms in nearly unanimous opposition to an $800 billion economic stimulus bill under President Barack Obama, betting they could force Obama and the Democrats to own the Great Recession by keeping their fingerprints off the response. This time, Democrats provided nearly unanimous support for a $2 trillion coronavirus relief package under President Donald Trump, hammering out a bipartisan compromise to get government money into the economy as quickly as possible.

In 2009, the GOP strategy of “no” meant that Obama controlled the policy outcome, but it helped spark a political comeback that eventually led to Republican control of Washington.

In 2020, Democrats have tried to advance their policy priorities through negotiations instead of walking away from the table, even though they know Trump’s political fortunes depend on economic relief.
They certainly helped get the money flowing: The bill went from draft to law in a week, and Trump signed it Friday. But did Democrats achieve their goals by playing ball?

A review of the CARES Act that Trump signed Friday suggests Democrats did manage to influence its direction, shifting some of its aid to individuals towards lower-income families, while imposing some conditions on its aid to businesses—changes that Trump is already taking credit for. They also successfully inserted some oversight provisions that Trump has already vowed to ignore.

But Republicans won some huge concessions from Democrats, most notably a $500 billion bailout fund for big businesses and a $170 billion tax break for real estate investors like the president. And Democrats didn’t get much that Trump didn’t actually want in exchange for helping him pour cash into the locked-down economy in an election year. They didn’t guarantee vote-by-mail in the November elections, or win any assurances that the Trump administration will start complying with House subpoenas, or get permanent stabilizers that could ensure fiscal support for the economy in future crises even if a Democrat were president.

Nevertheless, the Senate passed the CARES Act by a 96-0 margin late Wednesday, and the Democratic-controlled House followed suit in an overwhelming voice vote Friday. It was a far cry from the partisan obstruction of 2009, when only three Republicans helped Obama pass his stimulus bill in his first month in office—and one of them, the late Senator Arlen Specter, faced such an intense backlash from his own party that he decided to become a Democrat. This time, the Democratic opposition helped craft the response to the emergency even though it gave Trump a bipartisan victory—and the president still refused to invite any Democrats to his bill-signing ceremony.

The 880-page legislation does include plenty of random spending items proposed by House Democrats, like $25 million for the Kennedy Center for the Performing Arts and $45 million for the Agricultural Marketing Service. A few of those line items represent big-ticket investments in Democratic priorities, like $25 billion for transit agencies ravaged by the pandemic and $10 billion for the financially troubled Post Office.

But the overwhelming majority of the money in the bill falls into four categories: help for the health system, for people, for small businesses, and for big businesses.

The Democrats generally wanted more than Republicans wanted for health and families, and they generally got their way, while the two parties generally agreed on a $366 billion small business bailout that includes strong protections for workers. It’s the big-business bailout where Democrats mostly caved—and that’s the piece of the legislation that raises the most questions, because it’s dramatically different from any bailout the U.S. has ever done before.

Pope Francis praying to an empty St. Peter's Square amid the coronavirus

UK’s testing target “quite a challenge”