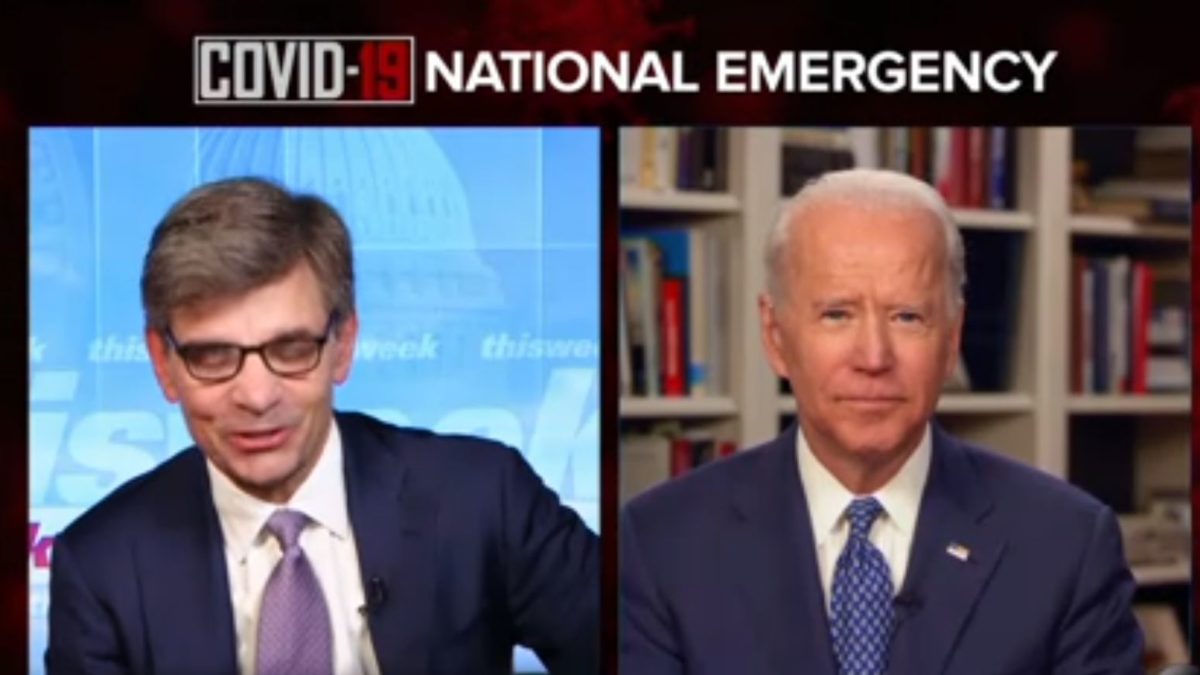 Leave it to Wisconsin to deliver political lessons neither party is quite ready to learn.

Barring last-minute legislative or judicial action, voters will cast ballots in person across Wisconsin on Tuesday. It’s a primary nobody — least of all medical professionals — really wants, but that nobody has been able to figure out how to avoid.

The Republican-led legislature didn’t move on the Democratic governor’s request to change the primary date over the weekend. And the Republican National Committee and state GOP are appealing to the Supreme Court to block expanded absentee balloting that’s intended to keep more voters from having to physically go to voting sites.

Sen. Bernie Sanders wants the primary delayed; perhaps coincidentally, he’s expected to lose Wisconsin. The front-runner, former Vice President Joe Biden, is deferring to state officials — even while acknowledging that the Democratic National Convention, now scheduled for August in Milwaukee, may have to go virtual because of the COVID-19 crisis.

The Trump campaign is criticizing Biden for wanting the primary to move ahead. But President Donald Trump wants voters to support a favored state Supreme Court candidate who is on the ballot Tuesday, and Republicans fear keeping voting open longer will favor the candidate favored by the Democrats.

Earlier last week, Trump conceded that expanding voter access the way Democrats want could mean that “you’d never have a Republican elected in this country again.” Already, talk of a fourth congressional relief package is getting bogged down over the issue of whether and how to assist states in mail-in and absentee voting, even as some states redirect money previously set aside for that purpose.

In an alternate universe, Tuesday’s primary would bring valuable insights about appeal and messaging in a critical battleground state.

In the real world, the election results may be the least interesting thing to come out of Wisconsin. It could be a scary microcosm of what to expect when, and if, other states adjust to the realities — political and otherwise — in an age of contagion.

The RUNDOWN with MaryAlice Parks

As members of Congress assist in emergency efforts in their own districts, there is plenty of work to be done back in Washington too. In the next few days and weeks, leaders on Capitol Hill will be expected to make big moves on two fronts: drafting the next possible relief legislation and getting a jump start on meaningful oversight of the money that is already moving out the door.

In a letter to her colleagues over the weekend, House Speaker Nancy Pelosi outlined her goals for the next emergency relief package. Notably, she backed away from a push on infrastructure, which was a goal she discussed in the past two weeks but Republicans slammed. Instead she mostly talked about resources for medical professionals and small businesses, as well as additional unemployment benefits and payments to families.

OBAMA WARNS ON FLYNN FLIMFLAM: ‘RULE OF LAW AT RISK