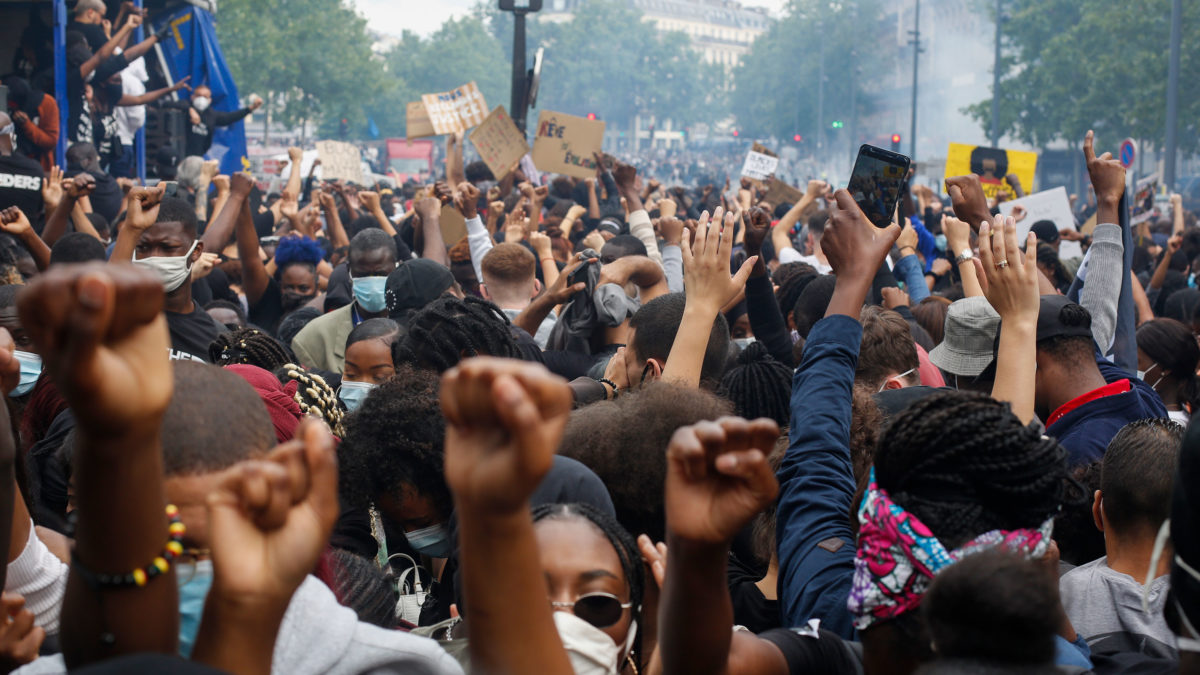 Thousands of people take part in a demonstration against police brutality and racism in Paris, France, Saturday, June 13, 2020, organized by supporters of Adama Traore, who died in police custody in 2016 in circumstances that remain unclear despite four years of back-and-forth autopsies. The march is expected to be the biggest of several demonstrations Saturday inspired by the Black Lives Matter movement in the U.S., and French police ordered the closure of freshly reopened restaurants and shops along the route fearing possible violence. (AP Photo/Thibault Camus)

CNN International anchor Cyril Vanier described the scene in Paris where thousands have gathered to protest against police brutality – an issue symbolized by the 2016 death of a young black man, Adama Traoré, in police custody.

Saturday’s protests have been organized by 17 groups, including the family’s “Truth for Adama” campaign.

“The responsibility in his death has not been fully determined. That’s one of the things that has angered, not only his family but the crowds. So, they have come out to protest against racism, police violence and justice, in this specific case of Adama Traoré, who also died like George Floyd, saying ‘I can’t breathe,'” Vanier said.

According to police, 15,000 people have gathered to protest, Vanier said.

There have been clashes in central Paris, Vanier said, with protesters firing fireworks and police trying to clear the area with tear gas.

There are fewer people gathered now than earlier in the day, Vanier noted. The groups still protesting are looking “to get their message across” with their fist in the air and making eye contact with the police, Vanier said.

While police have not formally banned today’s protests, gatherings of more than 10 people are not permitted under France’s coronavirus laws.

Authorities on Friday urged businesses in Place de la République and Place de l’Opéra to close and to remove anything that could be used as a weapon.

UK infection reproduction rate is still between 0.6 and 0.9