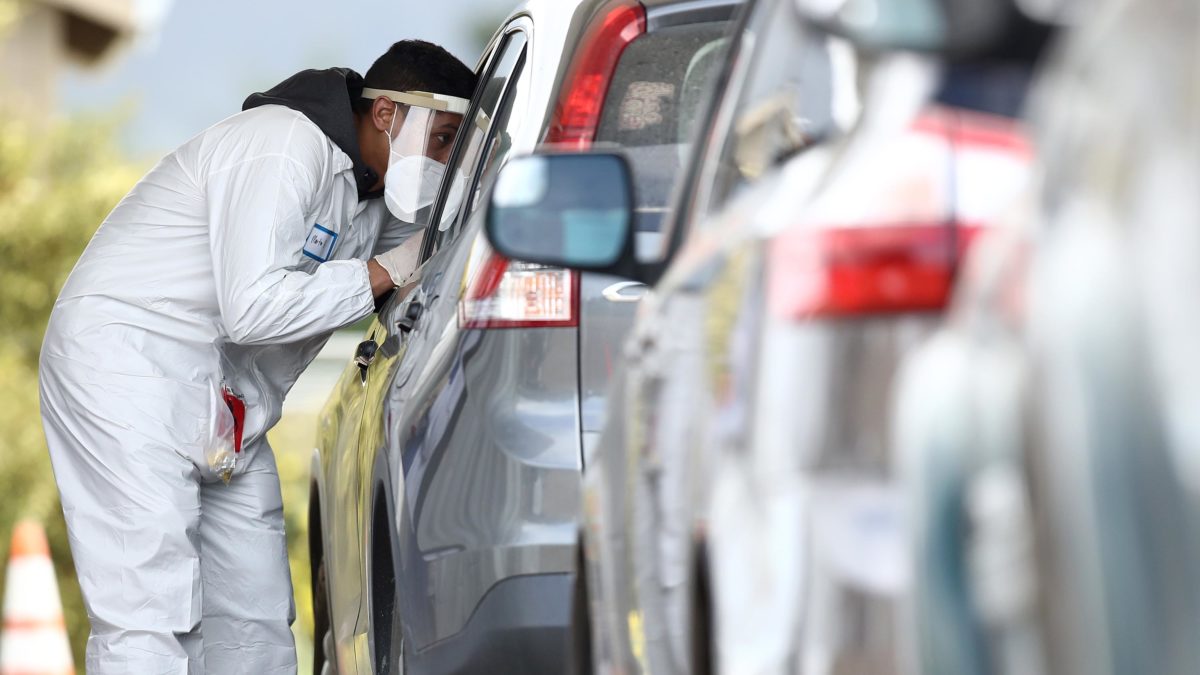 BOLINAS, CALIFORNIA - APRIL 20: A medical professional administers a coronavirus (covid-19) test at a drive thru testing location conducted by staffers from University of California, San Francisco Medical Center (UCSF) in the parking lot of the Bolinas Fire Department April 20, 2020 in Bolinas, California. The town of Bolinas, with a population of 1600, is attempting to test the entire town for COVID-19. The test had two components - the first is a blood test that will look for antibodies, and the second is a mouth and throat swab that can detect active coronavirus infections. (Photo by Ezra Shaw/Getty Images)
Coronavirus, News, USA, World

A remote Northern California hamlet became one of the first places in the world Monday to attempt to comprehensively test all of its residents for Covid-19 and the antibodies believed to make one immune from infection.

The community-wide free testing effort in Bolinas, California, is voluntary. The town is one of two communities taking part in the new study launched by the University of California, San Francisco with the aim of gaining a more complete understanding of how the virus invisibly spread during the initial shortfall of comprehensive nationwide testing.

Bolinas, with a population of fewer than 2,000 people, sits idyllically on the Pacific Ocean in rural Marin County, just north of San Francisco. Starting this past Monday, residents of this picturesque town have four days to visit a pop-up testing site to receive nasal swabs for Covid-19 infection, as well as submit for a finger prick to test for antibodies.

Five days later, beginning on April 25, and in an entirely different location, nearly 6,000 residents of a section of the densely inhabited Mission District in San Francisco will have four days of their own in which to take advantage of the testing.

What life after lockdown could look like — and it is intense