This could be Trump’s worst mistake ever 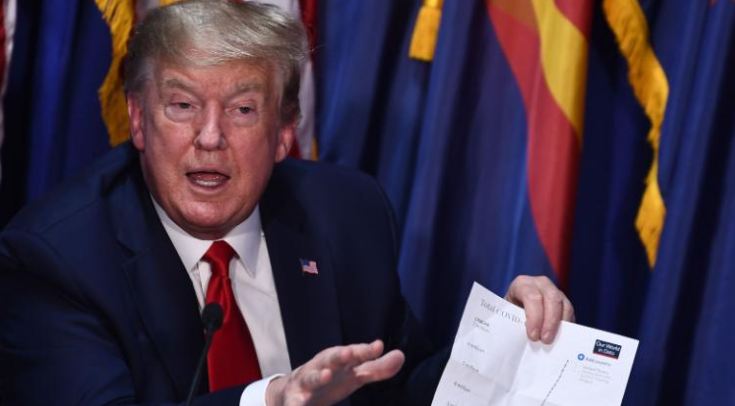 The Trump administration has made any number of mistakes as it has grappled with the worst crisis since World War II; if it goes through with its plans to wind down its coronavirus task force around Memorial Day that decision will surely rank among the worst.t’s as if in 1942, three years before Germany was defeated, President Franklin Delano Roosevelt had said, “Gee, it’s well past time to wrap up this tiresome war against the Nazis.”
The coronavirus task force has provided much-needed scientific and public health expertise to President Donald Trump, who generally places great store on the findings of his own gut rather than on the findings of experts. Trump, understandably, wants to change the narrative from fighting the virus to opening up the economy, but biology won’t be so easily corralled.
Consider first the carnage yet to come caused by the virus. An internal Trump administration model suggests that there could be 3,000 deaths a day by June. Put another way, in a couple of months from now we may see the equivalent toll of a 9/11 attack every day in the United States. Michael Osterholm, a leading American infectious disease expert, estimates there could be 800,000 COVID-19 deaths in the United States over the next 18 months. That is Osterholm’s low-end estimate.Consider also that there are swarms of unanswered questions about how to deal with the coronavirus, which won’t be wished away by wrapping up the task force.
As has been widely observed, there is a dearth of testing for the virus, despite President Trump’s incessant claims to the contrary. According to the COVID Tracking Project there have been more than 7 million tests performed, which is only around 2% of the American population.
For normal life to return, a Harvard study recommends 5 million tests per day in the United States by early June and 20 million tests per day by mid-summer. The US isn’t anywhere remotely close to that goal.
There is also a great deal of uncertainty about the efficacy of available antibody tests, which if they were reliable, could at least theoretically allow those who are shown to have antibodies to the coronavirus to return to workplaces and to socialize normally.Meanwhile, it’s not at all clear what “immunity” to the coronavirus actually confers. Last month the World Health Organization warned that antibody tests showing that you have been exposed to the virus don’t necessarily mean you can’t be re-infected.
And there is widespread agreement among scientists that there will be a “second wave” of infections in the fall.
Trump’s own Centers for Disease Control Director Robert Redfield angered the President when he told the Washington Post last month that this second wave could possibly “be even more difficult than the one we just went through.” In Washington DC, a gaffe is sometimes defined as telling the truth in public. When Redfield was summoned to the White House to clear up his “misquote” in front of President Trump, Redfield instead doubled down and said that the second wave “was going to be more difficult and potentially complicated.”
Then, what to make of supposed success stories such as the efficient authoritarian city state of Singapore? Singapore was held up as a model of how to deal with the coronavirus in March, but last month clusters of cases appeared in dormitories for migrant workers and Singapore now has the most cases in Southeast Asia.
Finally, while it’s “on paper” possible that there will be a vaccine available by January — as Dr. Deborah Birx, the White House coronavirus response coordinator, told Fox News on Sunday — it’s also “on paper” possible that Trump will finally get his fervent wish and be awarded the Nobel Peace Prize for his gone-nowhere diplomacy with North Korea.

China hopes the US will take “concrete” measures against racial discrimination