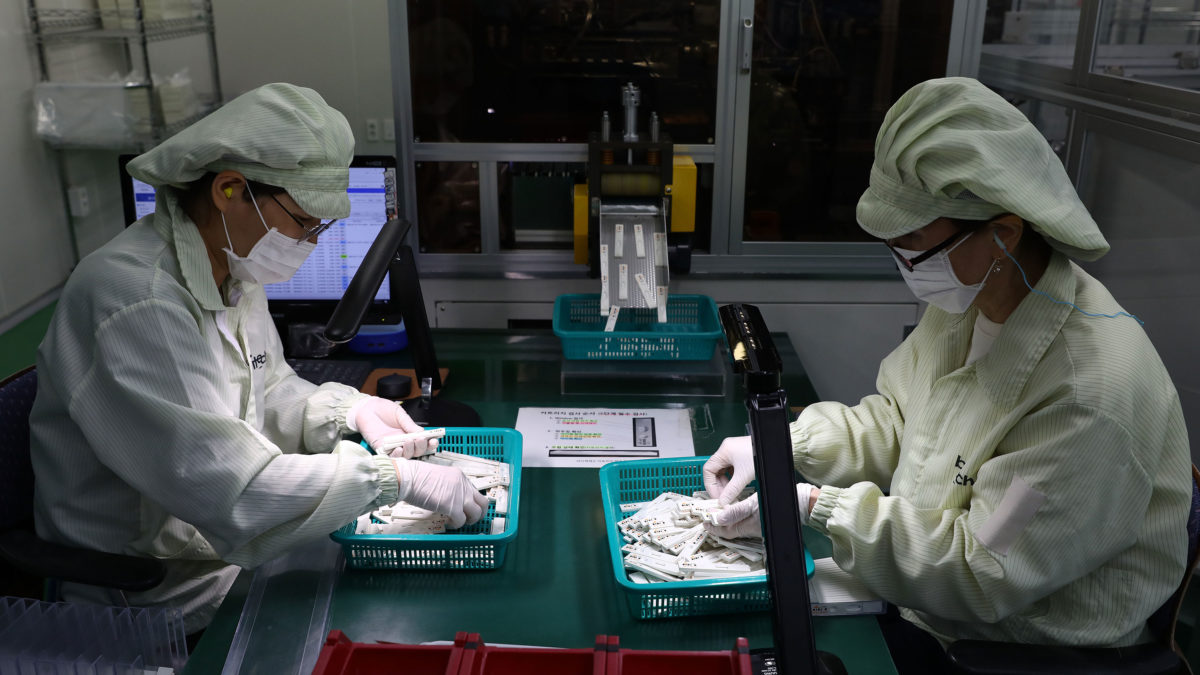 CHUNCHEON, SOUTH KOREA - APRIL 17: Employees work on the production line of the Ichroma Covid-19 Ab testing kit used in diagnosing the coronavirus (COVID-19) at the Boditech Med Inc. headquarters on April 17, 2020 in Chuncheon, South Korea. South Korea has called for expanded public participation in social distancing, as the country witnesses a wave of community spread and imported infections leading to a resurgence in new cases of COVID-19. South Korea's coronavirus cases hovered around 20 for the fourth straight day, but health authorities are still staying vigilant over cluster infections, as well as new cases coming from overseas. According to the Korea Center for Disease Control and Prevention, 22 new cases were reported. The total number of infections in the nation tallies at 10,635. (Photo by Chung Sung-Jun/Getty Images)
Asia, Coronavirus, News, World

Jung Eun-kyeong, the director of South Korea’s Centers for Disease Control and Prevention, believes that it is likely the country will see a second wave of the novel coronavirus pandemic.

“Unless herd immunity is achieved through natural spread or through vaccines, come autumn or winter season, because most of the people do not have immunity, there is a likely possibility,” Jung said.

South Korea’s response to the pandemic has been hailed as one of the world’s best, in large part due to a massive push by health officials to conduct widespread testing.

At least 10,694 people have contracted the virus in the country, killing 238, according to a tally by Johns Hopkins University.

Jung also revealed the preliminary results of a study on retesting positive cases. In the six tests completed so far, the virus did not separate during the cultivation study.

“We understand that the contagiousness is either zero or very low,” Jung said.

It's just past 10 a.m. in Rome and 4 p.m in Beijing. Here's the latest on the coronavirus pandemic