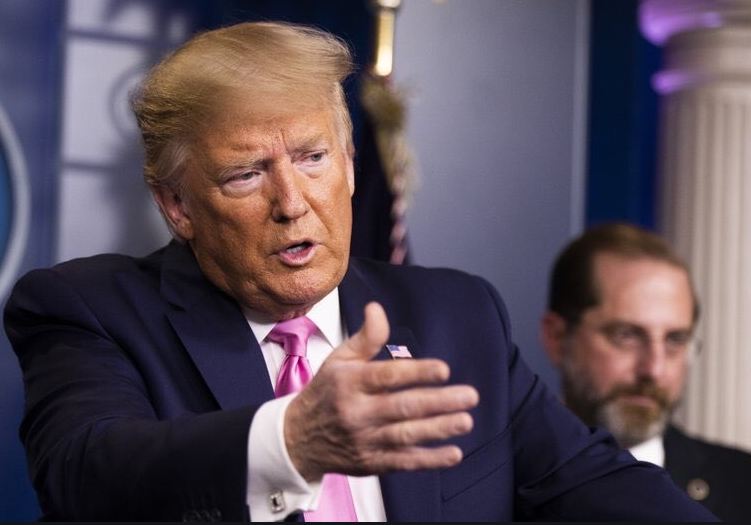 WASHINGTON – A senior aide to President Donald Trump is publicly pushing back against National Institute of Allergy and Infectious Diseases director Anthony Fauci’s assertion that it’s unclear whether an anti-malaria drug can be used to combat coronavirus.

Peter Navarro, the top trade and manufacturing aide to the president who is coordinating the use of the Defense Production Act for the White House, told CNN’s John Berman Monday that he believes a “second opinion” is needed about hydroxychloroquine as a treatment.

“I let (Fauci) speak for himself, John, but I would have two words for you: second opinion,” Navarro said. “Doctors disagree about things all the time.”

Coronavirus live updates:US deaths near 10K ahead of ‘hardest and saddest week’

Navarro’s comments come a day after Axios and the New York Times reported that he and Fauci had a heated argument during a White House coronavirus task force meeting on Saturday about the drug.

According to the reports, Navarro and Fauci sparred over whether there was enough evidence on hydroxychloroquine as a treatment to COVID-19, the novel coronavirus.

Navarro brought in studies from trials overseas that show the drug, which is often used to treat malaria, was working to combat coronavirus, according to the reports. Thus far, many reports have had no control group when testing the drug. One study, from Wuhan, China, where the virus originated from, tested the drug with a control group.

However, Fauci maintained that there is still only anecdotal information and that more rigorous studies need to be done to see the true effect of the drug, according to the reports. Despite the two arguing about the drug as a treatment, the White House coronavirus task force has agreed to surge the supply of hydroxychloroquine to hot zones.

“In terms of the studies that exist, I think you would grant me that there are numerous studies on this which show preliminary therapeutics,” Navarro said in the CNN interview. He added that Fauci is not the “only authority” on studies of the drug.

“If CNN wants to set up Dr. Fauci as the only authority on medicine, and only rely on him, that’s one set of facts,” Navarro said. “What I’m saying is, doctors disagree all the time.”