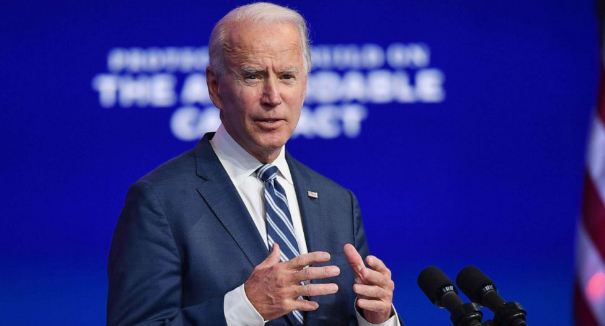 President-elect Joe Biden is moving forward with transition plans, capping a tumultuous and tension-filled campaign during a historic pandemic against President Donald Trump, who refuses to concede the election, despite a growing list of foreign heads of states moving on and recognizing Biden as the winner.

Trump is back behind closed doors Thursday after a brief outing Wednesday to mark Veterans Day. Since Biden was projected the winner, Trump has largely hunkered down inside the White House — ceding the presidential leadership spotlight to the man he mocked.

Biden, meanwhile, has been meeting with transition advisers in Delaware and has already named his chief of staff. He has called Trump’s refusal to concede “an embarrassment.”

MORE: Trump could make a Biden transition messy: Here’s how
Meanwhile, the Biden transition team and the Trump administration are in a standoff over whether Biden should be granted access to federal resources allocated for the transition of power. The General Services Administration (GSA), headed by a Trump appointee, has yet to officially recognize Biden as the victor in the election, preventing Biden’s team from gaining full access to government funds and security information.

Trump had falsely declared on election night, when he held a lead in several key states, that he won the contest and alleged without evidence after the count started to swing the other way, that the election was being stolen from him and that fraud had been committed.

Now his legal team is waging battles in an effort to reverse the election results, but so far they have been unable to produce evidence of widespread fraud that would change the results.