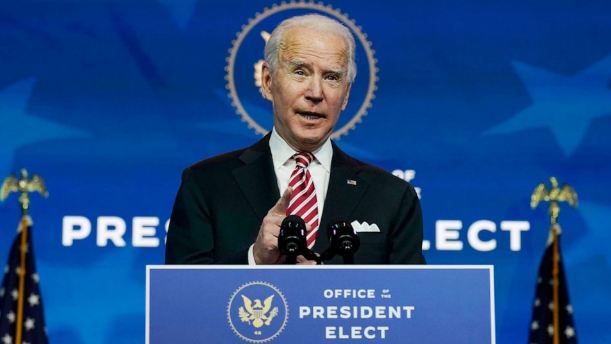 Biden released a statement on Saturday afternoon amping up the pressure on Trump to sign the COVID-19 relief bill passed by Congress.

Biden said the “abdication of responsibility” by Trump has “devastating consequences” for Americans while reiterating that while the bill is “critical,” it is also just a first step toward getting struggling families and businesses the help they need.

“It is the day after Christmas, and millions of families don’t know if they’ll be able to make ends meet because of President Donald Trump’s refusal to sign an economic relief bill approved by Congress with an overwhelming and bipartisan majority,” the statement reads.”This abdication of responsibility has devastating consequences. Today, about 10 million Americans will lose unemployment insurance benefits. In just a few days, government funding will expire, putting vital services and paychecks for military personnel at risk. In less than a week, a moratorium on evictions expires, putting millions at risk of being forced from their homes over the holidays,” it continues. “Delay means more small businesses won’t survive this dark winter because they lack access to the lifeline they need, and Americans face further delays in getting the direct payments they deserve as quickly as possible to help deal with the economic devastation caused by COVID-19. And while there is hope with the vaccines, we need funding to be able to distribute and administer them to millions of Americans, including frontline health care workers.”

The bill “needs to be signed into law now,” the statement says. “But it is also a first step and down payment on more action that we’ll need to take early in the new year to revive the economy and contain the pandemic.”