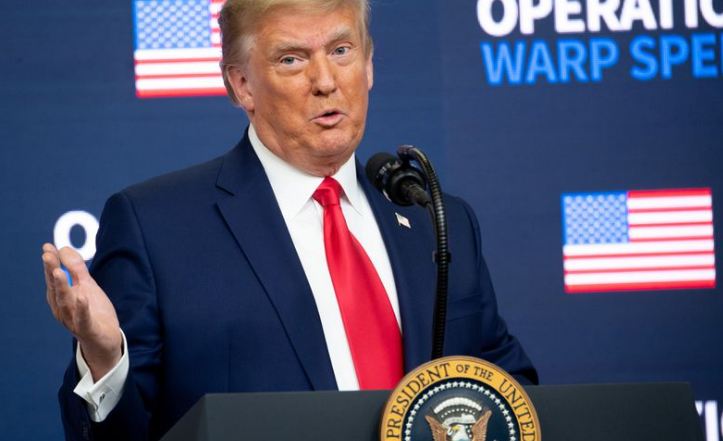 President Trump brought his futile bid to subvert the 2020 election to a new low Tuesday, calling on the U.S. Supreme Court and legislatures in a handful of battleground states to “have the courage” to overturn President-elect Joe Biden’s victory.

Speaking at a White House event that was supposed to focus on COVID-19 vaccine distribution, Trump falsely insisted he won the Nov. 3 election and claimed Biden was only crowned the victor because of “terrible” voter fraud.

Trump has privately pressured governors and legislators in Michigan, Georgia and Pennsylvania to undo Biden’s wins and his campaign is actively seeking to get election challenges before the U.S. Supreme Court, but Tuesday’s remarks ranked among his most direct public calls for intervention.

Biden unveils COVID strategy - and it involves a mask mandate

We will have summer tourist season, promises EU