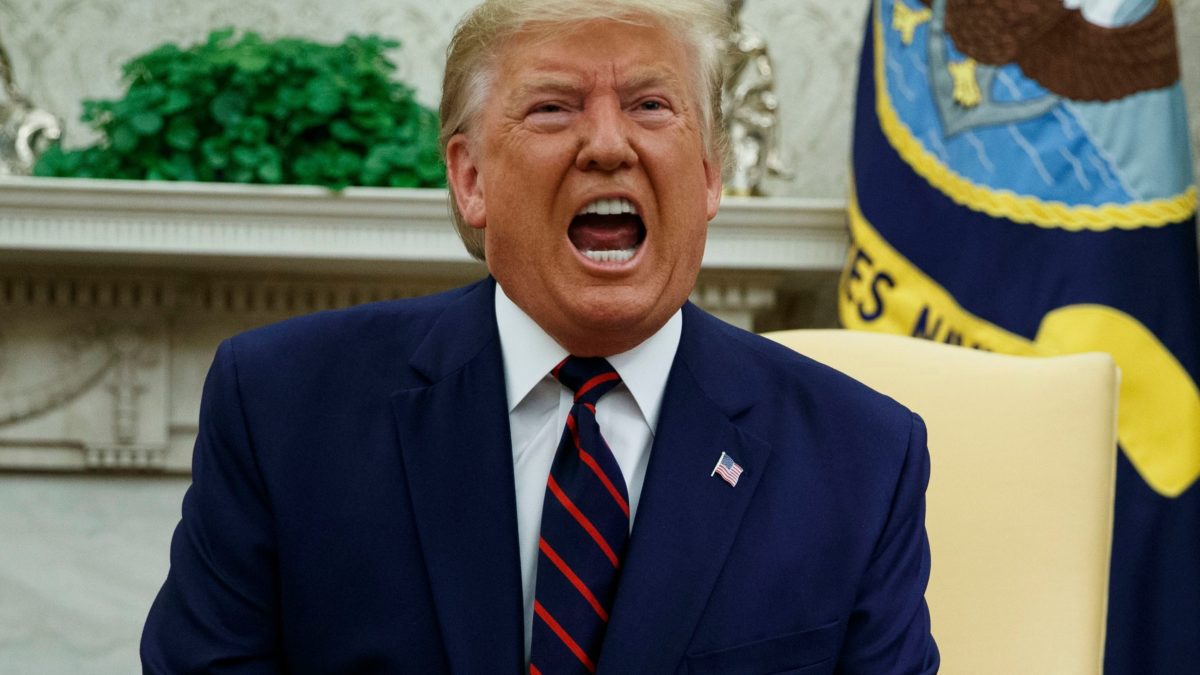 WASHINGTON — President Donald Trump said Saturday that he was considering an “enforceable quarantine” in the New York, New Jersey and Connecticut area due to the coronavirus outbreak, saying the decision could come as soon as later in the day.

“Some people would like to see New York quarantined because its a hot spot. New York, New Jersey, maybe one or two other places. Certain parts of Connecticut quarantined,” Trump said as he left the White House en route of Norfolk, Va. to see off the USNS Comfort, a Navy hospital ship that is headed to New York to provide extra hospital space to help fight the outbreak.

“I am thinking about that right now. We might not have to do it but there’s a possibility that sometime today we’ll do a quarantine, short term, two weeks, on New York. Probably New Jersey, certain parts of Connecticut,” Trump continued.

Trump said that he had spoken with New York Gov. Andrew Cuomo and Florida Gov. Ron DeSantis earlier Saturday morning about the coronavirus and said that the enforceable quarantine would include travel restrictions to limit people from the New York area spreading the virus to other parts of the country.

“Restrict travel because they are having problems down in Florida. A lot of New Yorkers going down, we don’t want that,” Trump told reporters.

Some cities and states have already called for residents to shelter in place and it is unclear how a federal mandate would work and how it would be enforced.

New York Gov. Andrew Cuomo said he talked to Trump Saturday morning and a quarantine was not addressed.

“I didn’t speak to him about any quarantine,” Cuomo said. “I don’t even know what that means.”