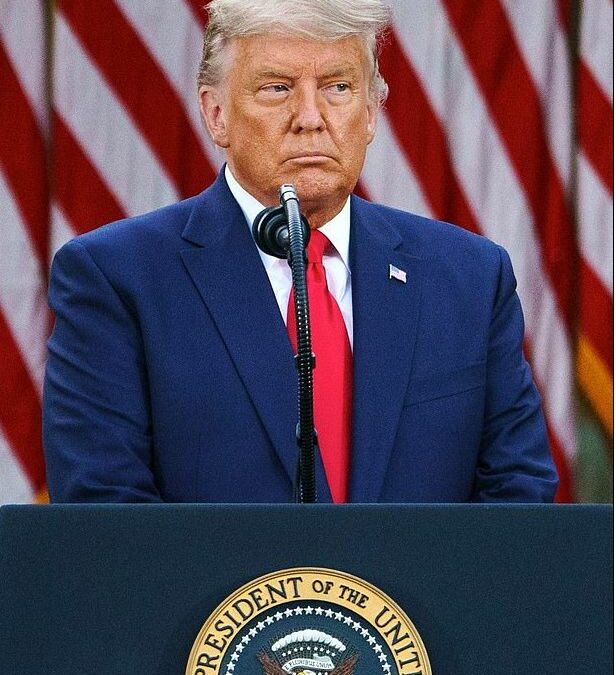 Trump continues to blast election count claiming there was a suspicious dump of votes in Wisconsin for Biden the day after polls closed – as he pays $3 million for partial recount in the state
On Wednesday, the Trump campaign coughed up $3 million for a partial recount in two crucial Wisconsin counties
Joe Biden has a slim 0.62 percent lead in the state; the official count has him ahead by just 20, 565 votes
On Wednesday night, Trump tweeted out a graph showing that a ‘dump’ of 143,379 votes for Biden were counted in the early hours after Election Day
Officials say that number was not anything suspicious or fraudulent, and was simply the tabulation of absentee ballots that came in from Milwaukee
Meanwhile, Trump is continuing to rage about the vote count in other states
On Wednesday, he also cited alleged instances of voter fraud in Nevada and MichiganThe President then attached a graph which showed the huge bounce in Biden votes coming in early on the morning of Wednesday, November 4.

While Trump did not cite the original source of his graph, various news outlets confirm that Biden did add a huge number of votes to his tally at that time – but not because of any fraudulent activity.

According to officials, the spike occurred because the city of Milwaukee tabulated its 170,000 + absentee ballots at that exact time, and a large majority of those were favorable to Biden.

Earlier on Wednesday, the Trump campaign announced it will pay $3 million for a partial recount in Milwaukee and Dane Counties.

What to Know About the Timing and Distribution of Coronavirus Vaccines

Georgia, Texas, Florida lead US in Covid-19 cases per capita