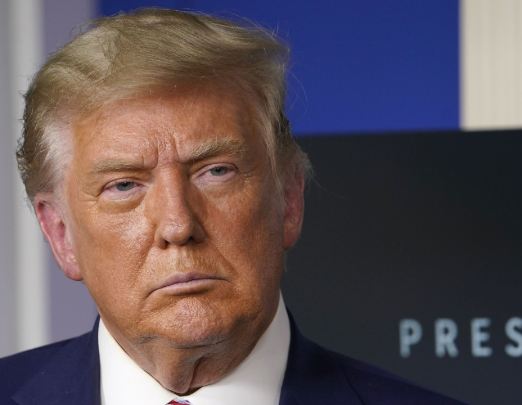 President Trump told “Sunday Morning Futures” in his first interview since Election Day that the Department of Justice is “missing in action” regarding alleged election fraud.

He went on to tell host Maria Bartiromo in the exclusive interview that he has “not seen anything” from the DOJ or the Federal Bureau of Investigation on investigating the 2020 election.

“You would think if you’re in the FBI or Department of Justice, this is the biggest thing you could be looking at,” Trump said. “Where are they? I’ve not seen anything.”

“They just keep moving along and they go on to the next president,” he continued.

Trump, who has yet to concede to President-elect Joe Biden, went on to stress that he believes “this election was a fraud,” adding that he thinks it was “rigged,” claims he has repeatedly made.

Trump’s legal team is attempting to prove through various legal battles that the president is the rightful winner of the 2020 presidential election, despite Biden being the projected winner.

TRUMP SLAMS JUDGES’ ELECTION DECISIONS: ‘WHAT KIND OF A COURT SYSTEM IS THIS?’

“I ask, are they [DOJ and FBI] looking at it? Everyone says, ‘Yes, they’re looking at it,’” Trump said on Sunday. “Look, where are they with [Former FBI director James] Comey, [former FBI Deputy Director Andrew] McCabe and all of these other people?”

“They lied to Congress, they lied, they leaked, they spied on our campaign,” he added, referencing the Russia probe.

He went on to ask, “Where are they with all of this stuff? And what happened to [U.S. Attorney John] Durham? Where’s Durham?”

Durham’s investigation into the origins of the Russia probe remains “full steam ahead,” a source familiar with his progress told Fox News earlier this month, despite concerns from Republicans and Trump allies that the probe has been dormant following Election Day.

Another source told Fox News that his investigation “is definitely still happening,” despite radio silence coming from the U.S. attorney from Connecticut.

Durham’s investigation has produced one criminal charge so far, against former FBI lawyer Kevin Clinesmith, who was accused of altering an email related to the surveillance of a former Trump campaign aide. That prosecution, though, did not allege a broader conspiracy within the FBI, and the conduct it involved had largely been laid out in a Justice Department inspector general report from last December.

After the Clinesmith charge, Durham’s team went silent. Two sources familiar with the investigation told Fox News over the summer that Durham was not finished with several lines of investigation, which he believed were “critical.”

New York City mayor: “We are going through a lot”

UK government fails to reach 100,000 daily coronavirus tests for the fifth day in a row