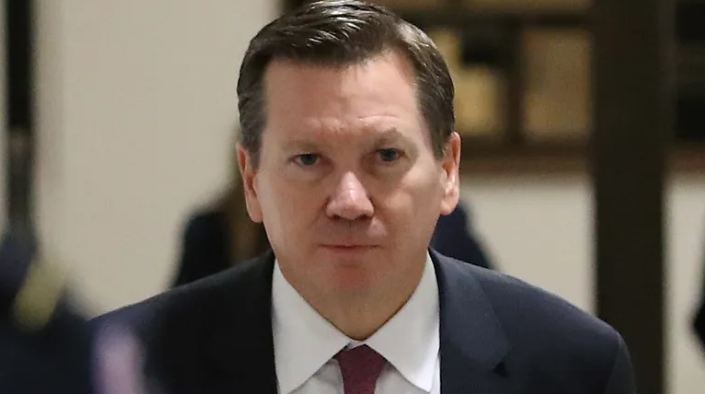 President Donald Trump has notified the Senate Intelligence Committee that he is firing Michael Atkinson, the inspector general for the U.S. intelligence community who was the first to alert Congress to an urgent whistleblower complaint about Trump’s phone call with Ukraine’s president last year.

In a July 25 phone call, Trump pressured President Volodymyr Zelensky to open an investigation into unfounded accusations against former Vice President Joe Biden and his son. At the time, Trump was withholding military aid from Ukraine, a form of coercion for political gain that led to his impeachment in the House.

Trump notified the Senate committee of his intention to fire Atkinson and remove him from his post as inspector general of U.S. intelligence agencies, which will be effective 30 days from Friday, according to congressional officials and a copy of Trump’s notification in a letter obtained by several media outlets.

Atkinson was appointed by Trump, but the president blamed him for exposing the July 25 phone call, The New York Times has reported. Trump was surprised Atkinson alerted Congress about the call, he told confidants, according to the Times, which said Trump considered the action disloyal and accused Atkinson of working with the Democrats to undermine his presidency.

Rep. Adam Schiff (D-Calif.) called the “dead of night decision” a “blatant attempt to gut the independence of the Intelligence community and retaliate against those who dare to expose presidential wrongdoing.”

Coronavirus: Boris Johnson’s return to work ‘a boost for the country’